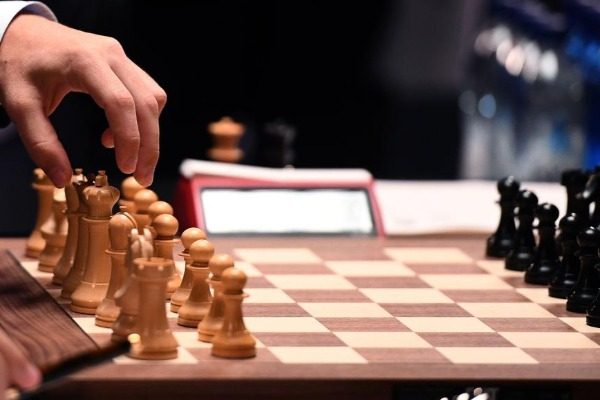 The 36-year old Grand Master with a FIDE rating of 2479, remained unbeaten and finished in clear first place with 7.5 points from nine games after securing a 33-move draw in the final round against compatriot G A Stany, also a GM on Sunday.
He beat fellow Indian GM Deep Sengupta in the eighth round.
Stany took the sixth place with 6.5 points while India's woman GM R Vaishali obtained six points to finish 10th. Two other Indians -- Deep Sengupta and Swayams Mishra -- finished 13th and 14th respectively with identical six points.
France's Romain Edouard, who was the only player to end the tournament a half point behind Chandran, took the second spot. Four players shared third to sixth places with 6.5 points.
The US-based Chandran posted six wins and secured three draws to take the top spot. He outscored a field that included two players with a 2600-plus ELO rating and five in the 2500-plus category.
He was delighted with his performance and rated the win over compatriot Deep Sengupta as his best in the tournament.
"It is great (to win the tournament). I haven't had such a performance in a long time," Chandran, who hails from Madurai in Tamil Nadu, told PTI.
"The game against Deep Sengupta won the best game award. I also liked the game I won against David Howell," he added.
Chandran, who currently lives in North Carolina, USA, and has a chess academy, said he plans to play more events this year.
The Indian had become a GM in 2006 and moved to the US for higher studies at the University of Texas.