Having Mickey with us is big advantage, says Karunaratne 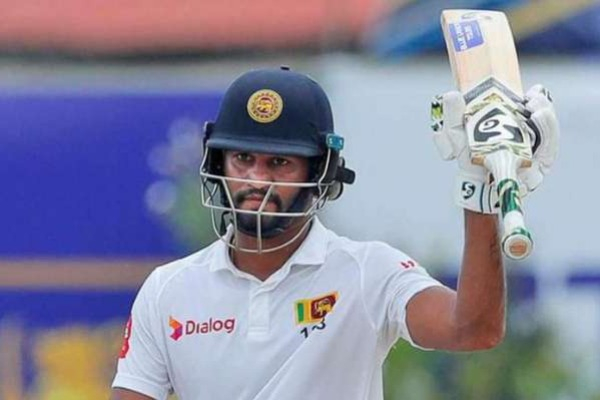 Sri Lankan Test skipper Dimuth Karunaratne feels the presence of former Pakistan coach Mickey Arthur in their camp will be a "big advantage" when his side take on Azhar Ali's men in the two-Test series starting here on Wednesday.

Arthur, who was appointed the head coach of Sri Lanka last week, held the same position in Pakistan from 2016 until the end of this year's ODI World Cup in July.
"Mickey is with us and previously he was the coach of the Pakistan team as well so it is a positive thing for us that he knows the Pakistan team very closely and that has given us a lot of confidence for this series," Karunaratne said on the eve of the match.
However, the skipper said the onus will be on the Sri Lankan players to execute their plans properly.
"His presence is a big advantage to us as he knows each and every player very closely. How they think. How they prepare. But we have to do things right in the middle and implement our plans properly."
"Our bowlers have to bowl in the right areas to every batsman and we have to also apply ourselves in batting and fielding. Pakistan has never been an easy side to beat at home. The good thing is we know their game well having played regularly against them in Sri Lanka or UAE," he said.
Asked whether he wanted to repeat the performance of the T20 Sri Lankan team which came to Pakistan in October and won the series 3-0, Karunaratne said Test matches are different from white-ball cricket.
"Test cricket is different from white-ball cricket. The guys who came here last time they did what was asked of them. And now we have to do the right things at the right time. It is a long period of play over five-days and we have to do well over five days to win a match. Hopefully, we will have a good start tomorrow," he said.
He added that playing in Pakistan for the first time serves as a motivation for him do well in the series.
"I am in Pakistan for the first time and that is also a motivation for me to do well as I have played against them at home and in UAE. But this will be a different experience for me and most our guys who are playing here for the first time," he said.