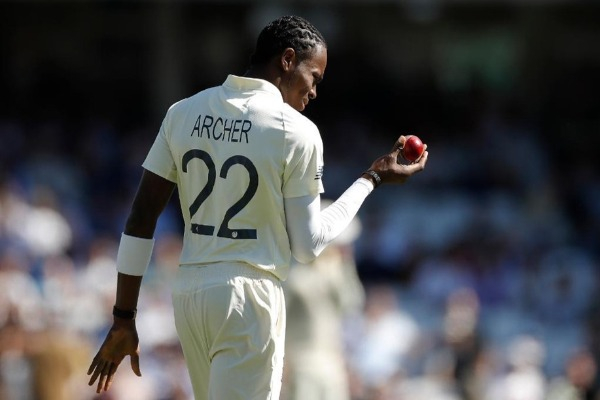 England said Jofra Archer was ready to fire in the second Test against New Zealand despite suffering racist abuse, but a new injury concern has emerged over wicketkeeper Jos Buttler.

As the search continues for the heckler who racially taunted Archer during the first Test, captain Joe Root said the Barbados-born bowler was "absolutely fine to play" in Hamilton.
"He has dealt with it very well," Root told the BBC, after Archer wrote in a newspaper column that he has "moved on" and was primed to help England bounce back from their innings defeat.
But Root told journalists England were not in a position to name their side on the eve of the second Test with a question mark over Buttler, who tweaked a back muscle while exercising.
"We'll have to find out more information about that today and tomorrow to see where he's at," Root said.
Although Ollie Pope was considered the leading contender to replace Buttler if he could not take the gloves, Root said there were a number of other possibilities which would depend on a pitch inspection before the toss.
New Zealand were also waiting for a late pitch inspection before deciding whether Matt Henry or Lockie Ferguson would replace Trent Boult, who strained a rib muscle in the first Test.
Ferguson, like England's Archer, is a 150 kilometres (93 miles) per hour plus express bowler, while Henry was noted for his swing ability with the new ball and took five wickets against South Africa in Hamilton two years ago.
New Zealand did, however, confirm one change in their line-up, with 28-year-old Daryl Mitchell to make his debut in place of Colin de Grandhomme, who has a torn abdominal muscle.
The 28-year-old Mitchell, a son of former All Blacks coach John Mitchell, played against England in the recent Twenty20 series with scores of 30 not out, five and two, and best bowling figures of one for nine from 11 balls in the second match.