Hope we continue to make films that bring people together: Amitabh Bachchan 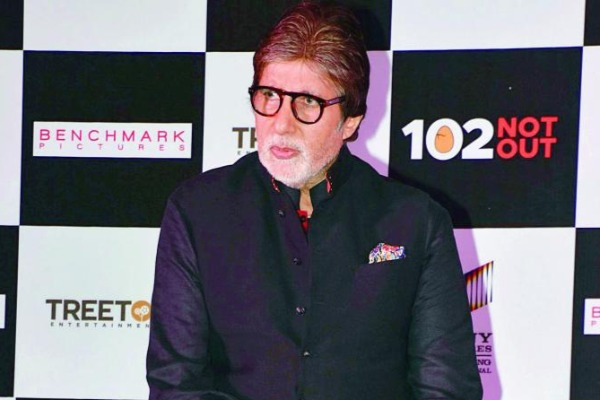 Cinema is a universal medium that brings people together keeping aside the differences of their social and modern lives, said megastar Amitabh Bachchan on Thursday.

The 77-year-old veteran, who was declared as the recipient of the Dadasaheb Phalke Award in September this year, is being honoured at the ongoing 50th International Film Festival of India (IFFI) with a retrospective.
"I've always felt that cinema is a universal medium, one that is beyond language and beyond all kinds of other factors that keep coming into our social and modern lives.
"When we sit inside a dark cinema hall, we never ask the caste, colour, religion of the person sitting next to us. Yet, we enjoy the same film, the same songs, we laugh at the same jokes and cry at the same emotions," Bachchan said at the inauguration of the retrospective.
The actor added that in this fast disintegrating world, there are only few things, including cinema, which promote the idea of community and peace.
"I hope that we continue to make films that will bring people together and disintegrate this rather odd system of keeping sides due to colour, caste and religion, bringing us all into one community, making us hold hands together to appreciate our creativity and take a step forward and making this world a more peaceful place."
During the film festival, which runs till November 28 in Goa, celebrated films of the star including "Sholay", "Black", "Piku", "Deewar" and "Badla" will be screened.
"Paa", directed by Bachchan's frequent collaborator R Balki, opened the retrospective.
The cinema icon, who was also the guest of honour at the IFFI opening ceremony on Wednesday, said coming to Goa has always been a beautiful experience for him.
"Coming to Goa has always been like coming home. My very first film was shot here and ever since then we've had many opportunities to work in this wonderful place and receive the hospitality of all the Goanese during various things and shootings."
Bachchan also congratulated IFFI on its 50th edition and for providing the movie enthusiasts an opportunity to watch the world cinema.
"It has been 50 years of my journey in this film industry, it started in 1969, and it is the 50th edition of IFFI and I congratulate IFFI for conducting themselves in such a wonderful manner.
"Each year, we find a growth in the delegates that come here, the choice of films that are brought to the country, giving us an opportunity to see the works and creativity of other parts of the world," he said.
Also present at the event were Goa Chief Minister Pramod Sawant, Information and Broadcasting Secretary Amit Khare, IFFI festival director Chaitanya Prasad, veteran filmmaker Ramesh Sippy and former president of the Academy of Motion Picture Arts and Sciences (AMPAS) John Bailey, who is heading the International Jury at the festival.