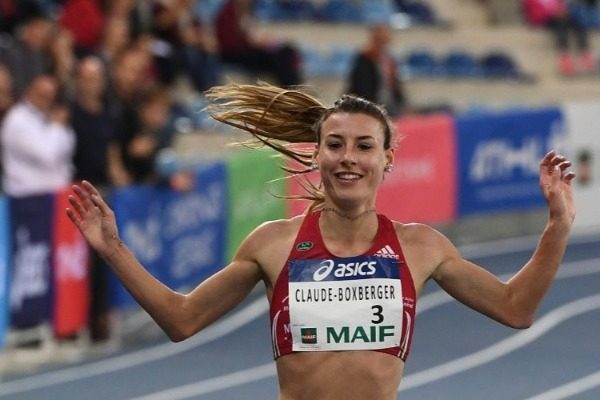 Claude-Boxberger, 31, is under investigation by Paris' Public Prosecutor's Office into offences under anti-doping and poisonous substances legislation following a report from the French anti-doping agency (AFLD).
"I have asked for the B sample to be analysed before knowing if it confirms things and I am trying to understand how this product ended up being found in my body," she said on her Facebook page.
"The authorities are currently investigating the people around me, in particular during my training camp in Font-Romeu, to gain information around the only three people close to me who could be questioned."
Claude-Boxberger's home town of Montbelliard in eastern France announced earlier in the day it would suspend sponsoring the athlete as they wait for the results of the investigation.
The announcement of Claude-Boxberger's failed test came 24 hours before French marathon runner Clemence Calvin and her coach Smir Dahmani appeared before an anti-doping panel on Wednesday for avoiding an unannounced test in Morocco in March.
Following the two incidents France's sport minister Roxana Maracineanu will meet French Athletics Federation president Andre Giraud on Thursday to discuss the series of doping controversies.
"She intends to ask for an explanation, to understand the details of the federation's medical monitoring strategy," a ministerial source told AFP.
The source added that Maracineanu "has reservations" even if she thinks that "if these controversies are revealed it's because the anti-doping system works".
A third French athlete, 2018 European 10,000m champion Morhad Amdouni, had, according to German broadcasters ARD, exchanged WhatsApp messages with a person asking him for payment for an EPO purchase which he denied.