Bryan brothers to retire in 2020 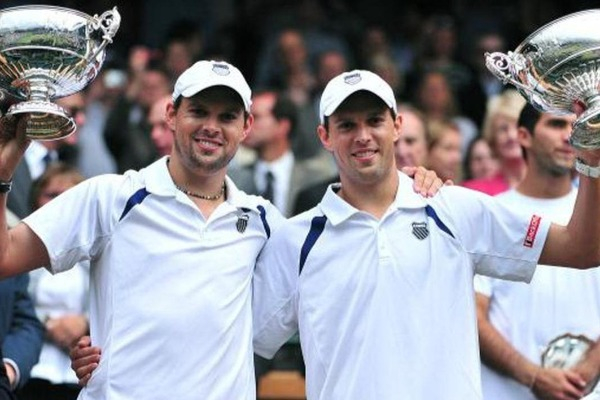 US men's doubles duo Bob Bryan and Mike Bryan said Wednesday they will retire at the end of the 2020 season, bringing the curtain down on one of the most successful pairings in tennis history.

The 41-year-old twins said in a statement they planned to hang up their racquets after taking part in next year's US Open, where they made their Grand Slam championship debut in 1995.
Since that first Slam appearance, the Bryans have racked up a record 118 trophies including 16 Grand Slam doubles titles. They also won Olympic gold at the 2012 London Games.
Bob Bryan said the duo had opted to end their 2019 season after the US Open in order to remain fresh for next year.
"We decided that it would be best to rest our minds and strengthen our bodies in preparation for 2020 which will be our final season on the ATP Tour," Bob Bryan said in a statement.
"It has truly been a magical ride," he added. "However, we want to end this great ride while we're healthy and we can still compete for titles." At their peak, the Bryans were a formidable doubles duo, rising to No.1 in the rankings for the first time in 2003.
They spent a total of 438 weeks at the top of the rankings and ended 10 seasons as the No. 1 team.