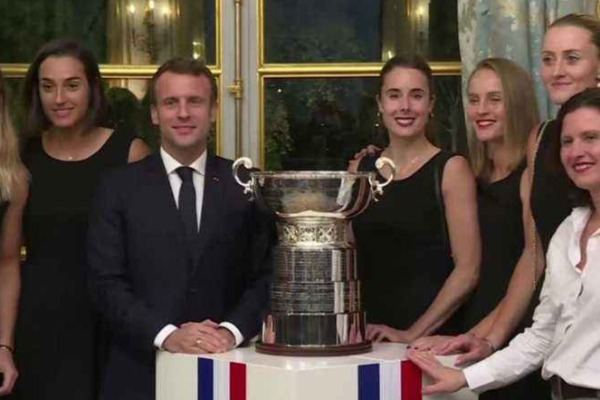 The French women's victorious tennis team was the toast of the presidential palace as Emmanuel Macron hosted the Fed Cup side on their return from Australia on Tuesday.

Caroline Garcia, Kristina Mladenovic and Pauline Parmentier aswell as captain Julien Benneteau and other members of the team who didn't play were met by the head of state for a brief celebratory drink.
"You showed great spirit, coming together, forming a team, easing tensions, strengthening ties for a collective victory," Marcron said.
Mladenovic and Garcia led France to its first Fed Cup title since 2003 in Perth on Sunday, winning a deciding doubles rubber to crush Australia's hopes 3-2.