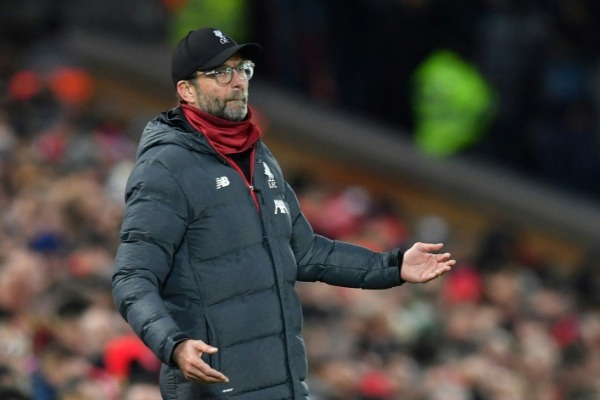 The day after Liverpool beat Manchester City in a crunch match where VAR decisions were hotly disputed, the Premier League leader's coach Jurgen Klopp and other top football figures have suggested improvement is needed to the fledgling system.

Klopp, his City opposite number Pep Guardiola, Real Madrid coach Zinedine Zidane, and Thomas Tuchel of Paris Saint-Germain all attended the UEFA coaches forum in Nyon, Switzerland on Monday, where the VAR (Video Assistant Referee) system was a hot topic.
"It is clear it's a process where they have to keep on improving," Klopp said.
"It can be improved, a lot of things have to be done by human beings and we are not 100 per cent (either).
"There is space for some mistakes, nobody asks for perfection, just to have the right decision, that's all."
His comments were made a day after the marquee game of the Premier League season so far saw a controversial VAR call after six minutes when City could easily have had a penalty when the ball ricocheted around the Liverpool area and hit the Reds' defender Trent Alexander-Arnold on the arm.
Not only did VAR fail to overturn the referee's decision not to award City a penalty, but they were doubly punished 22 seconds later when Liverpool midfielder Fabinho fired home a brilliant strike to give the Reds a 1-0 lead.
UEFA assistant general secretary Giorgio Marchetti said uniformity was needed but called for time for the promising new system to bed in.
"Now we have VAR, it's quite useful that coaches and representatives of referees can speak together," Marchetti said.
"Let's not forget VAR is very young and it's a revolution in the game. "What we all need is uniformity.
"There are points which need to be fine-tuned, but you have to look at the positive points that VAR brings," he said.