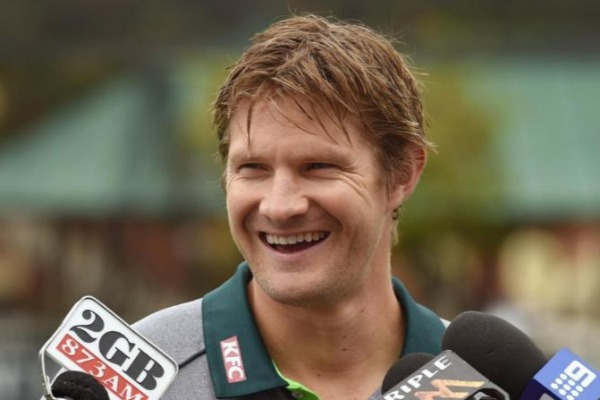 Former all-rounder Shane Watson has been appointed as the president of the Australian Cricketers' Association (ACA), a position, he says, will help him "to give back to the game".

The appointment was made at the ACA's Annual General Meeting (AGM) which took place here on Monday night.
"I am truly honoured to be elected as the President of the ACA as it evolves into the future. I have big shoes to fill with the people who have gone before me and I am super excited about this opportunity to continue to give back to the game that has given me so much," Watson tweeted following his appointment.
Watson had represented Australia in 59 Tests, 190 ODIs and 58 T20Is.
Watson, who has performed consistently for Chennai Super Kings in the Indian Premier League (IPL), is part of an extended 10-person board which includes three new appointments: current Australian players Pat Cummins and Kristen Beams, and cricket commentator and former Australian cricketer, Lisa Sthalekar.
"Through a period of immense change, the players have been, and will continue to be, a strong voice in protecting what's made our game of cricket great, while embracing opportunities that change inevitably brings," Watson was quoted as saying by 'auscricket.com.au'.
The 38-year-old Watson also praised Cricket Australia's parental policy for women cricketers.
"This policy, amid a host of other changes, assures Australian women that cricket is a sport which can now support you and your family. And for girls coming through who love sport, like my daughter, it says that cricket is a sport where you'll be able to have a career," the star all-rounder said.
The expanded board is part of a revised governance structure for the ACA, which now also manages the Australian Cricketers' Retirement Account, which benefits Australia's professional cricketers once their careers are over.
The revised structure also splits the role of President and Chair, which will continue to be held by Greg Dyer.
Last week, Cricket Australia had appointed former player Melanie Jones as their director.
Jones, who debuted for the international team in 1997, was recognised with one of Australia's highest honour, Medal of the Order of Australia, this year.
Her cricket career spanned from 1995 to 2011.