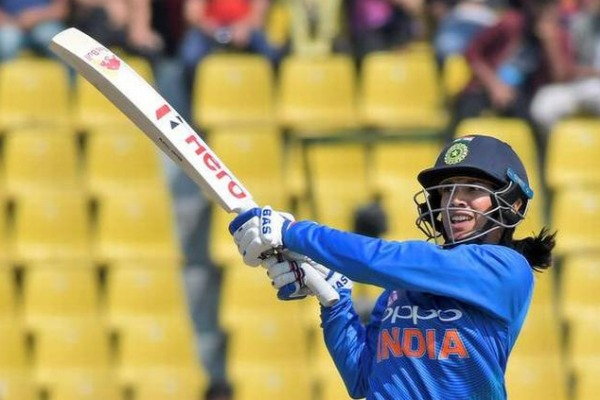 The 15-year-old Shafali and Mandhana shared a record 143-run opening partnership as India posted 185 for 4 in their stipulated 20 overs at the Darren Sammy National Cricket Stadium here.
The visitors then returned to restrict West Indies for 101 for 9 to complete the win on Saturday.
Pacer Shikha Pandey (2/22), spin duo of Radha Yadav (2/10) and Poonam Yadav (2/24) claimed two wickets each, while both Deepti Sharma (1/15) and Pooja Vastrakar (1/21) accounted for one wicket.
Put into bat, Shafali, playing only her fifth T20I, smashed six boundaries and four sixes to notch up her maiden international half-century.
Mandhana too matched her younger partner, smashing 11 fours in her 46-ball innings as India cruised to 102 for no loss in 10 overs.
The duo recorded the highest partnership for any wicket by an Indian pair in T20Is, bettering the 130 amassed by Thirush Kamini and Punam Raut against Bangladesh in 2013.
Shafali was the first to go when she was dismissed by Shakera Selman in the 16th over.
Skipper Harmanpreet Kaur then produced a 13-ball 21, while Veda Krishnamurthy provided the late charge with a 7-ball 15 to take India to a challenging score.
For the hosts, Selman and Anisa Mohammad snared two wickets each, while Hayley Mathews conceded 39 runs from her four overs and Chinelle Henry bled 26 from the only over she bowled.
Chasing 186 to win, West Indies struggled to stitch partnerships with Shermaine Campbelle top-scoring with a 34-ball 33.
Once the openers -- Hayley Matthews (13) and Natasha MacLean (0) fell early, Campbelle tried to steady the innings but West Indies kept losing wickets on the other end.
Campbelle too couldn't push the pace as her 34-ball innings had just two fours and a six.
Chedean Nation (10), Kyshona Knight (12) and Stacy-Ann King (13) couldn't stay long enough as West Indies were looking down the barrel at 86 for 6 in 14.1 over.
The lower-order then crumbled under pressure as India took a 1-0 lead in the five-match series.
Brief Scores:
India Women 185/4 in 20 overs (Shafali Verma 73, Smriti Mandhana 67; Anisa Mohammed 2/35, Shakera Selman 2/36) beat West Indies Women 101/9 in 20 overs (Shermaine Campbelle 33; Radha Yadav 2/10, Shikha Pandey 2/22) by 84 runs.