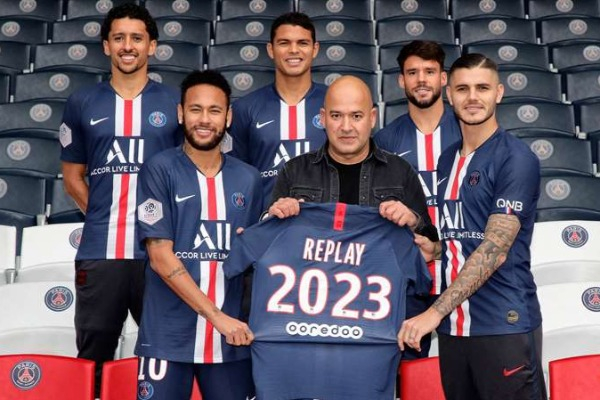 Paris Saint-Germain announced record revenue of 637.8 million euros ( 706 million) for the 2018-19 fiscal year on Wednesday, confirming their status as one of the world's richest clubs.

It represents an increase of 17.7 percent on previous revenue of 541.7 million euros, which saw them ranked the sixth-richest football club in 2018.
However the money generated still falls well short of that by Barcelona and Real Madrid, who topped last year's Deloitte Football Money League.
Barcelona expect to record revenues of more than one billion euros this season, becoming the first football club to pass the mark, while Real Madrid posted operating revenue of 757.3 million euros for 2018-19.
PSG signed a new shirt sponsorship deal with the French multinational Accor in February. They also agreed a new and improved agreement with US sportswear giant Nike in June that runs until 2032.
The French champions have been under scrutiny from European football's governing body UEFA after splashing out more than 400 million euros in 2017 to sign Brazil star Neymar and Kylian Mbappe.
But in March, the Court of Arbitration for Sport backed the Ligue 1 club against UEFA.
CAS upheld PSG's appeal against a decision by UEFA to reopen a probe into the club's compliance with FFP regulations.
UEFA had originally cleared PSG of wrongdoing.