'Hotel Mumbai' taught me to value humanity above all: Anupam Kher 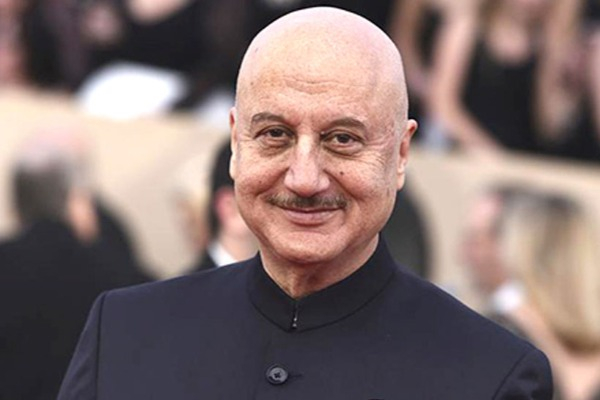 In the Anthony Maras-directed movie, Kher features in the role of Hemant Oberoi, the celebrated chef of the hotel who was instrumental in saving the lives of many stuck in the Taj Hotel on the night of 26/11 Mumbai terror attacks in 2008.
The movie, based on the 2009 documentary "Surviving Mumbai", also stars Indian-British actor Dev Patel.
"The film celebrates the real-life heroes and how they were able to discover their own courage. Sometimes you discover your own courage in a situation like this. As actors, we are widely celebrated but these are the heroes who need to be in the spotlight. This film made me learn the biggest lesson of my life - to value humanity above all.
"It's been 35 amazing years for me in this great industry I work in. I have had the fortune to work on such impeccable films and with equally impeccable talent. I think any actor would agree that one doesn't count the number of movies they do, an actor is greedy for more parts, for better parts and that's what my journey has been defined by. I'm happy this film, "Hotel Mumbai" is my 501st film, it's a landmark project for me and for all those brave souls who help continue the spirit of humanity in dire times of need," Kher said in a statement.
Presented by Zee Studios and Purpose Entertainment, "Hotel Mumbai" will release on November 29 in Hindi, English, Tamil and Telugu.