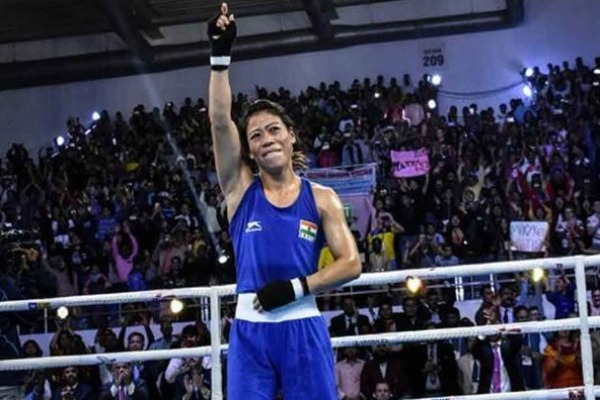 Six-time champion M C Mary Kom (51kg) on Thursday assured herself an unprecedented eighth medal at the World Women's Boxing Championship after advancing to the semifinals of the event here.

Mary Kom defeated a spirited rival in Colombia's Valencia Victoria, fetching a unanimous 5-0 verdict to make the last-four stage.
With this, Mary Kom bettered her own record as the most successful boxer in the history of the marquee tournament.
Entering into this edition, she had six gold and a silver in her kitty but this is the first time, the Manipuri has secured a world medal in the 51kg category. She had finished a quarterfinalist in this division in the past.The latest achievement adds to her legend.
Mary Kom's incredible career is also studded with an Olympic bronze medal (2012), five Asian titles, gold medals at the Asian Games and the Commonwealth Games, besides numerous other international top finishes.
This year alone, she won gold medals at the India Open in Guwahati and President's Cup in Indonesia.
She is also a sitting member of the Rajya Sabha