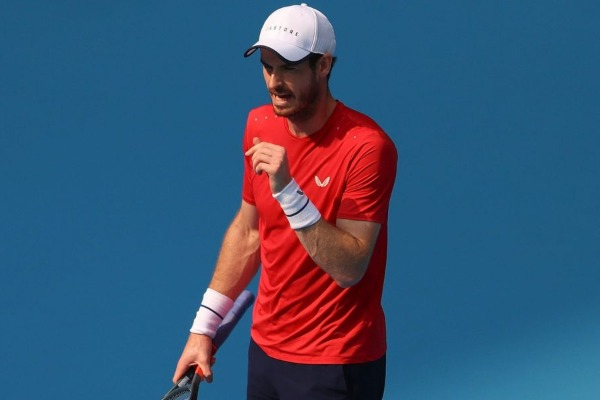 Andy Murray won two ATP Tour singles matches in a row for the first time since major hip surgery to battle into the China Open quarter-finals on Wednesday.

The former world number one outlasted fellow Briton Cameron Norrie 7-6 (8/6), 6-7 (4/7), 6-1 over nearly three gruelling hours and will play top seed Dominic Thiem or Chinese wildcard Zhang Zhizhen next.
The 32-year-old Murray, now ranked a lowly 503, is stepping up his comeback from a career-saving operation in January -- and was at his vintage fighting best here.
On Tuesday, in hot and hazy Beijing, he defeated US Open semi-finalist Matteo Berrettini for his biggest scalp since his return to singles tennis in mid-August.
The three-time Grand Slam winner says he no longer has pain in his hip and it is a matter now of building up fitness so he can play several matches in a row at tournaments.