Selectors should be consistent, Shubman should have been in team: Ganguly 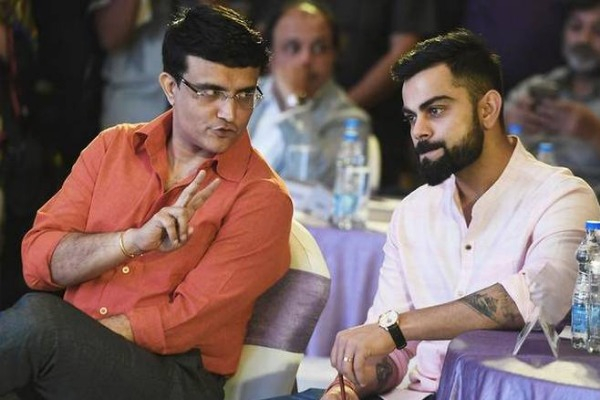 Former India captain Sourav Ganguly on Wednesday questioned the omission of veteran Ajinkya Rahane and young Shubman Gill from the ODI squad for the tour of West Indies, urging the selection committee to be consistent with their policies.

An inconsistent Kedar Jadhav has been retained while Gill, who has been adjudged man-of-the-series in the five List A games in the West Indies, scoring 218 runs, was ignored.
Ganguly took to Twitter to take a dig at the selectors stating the main agenda should be picking the best possible team and not making people happy.
"Time has come for Indian selectors to pick same players in all formats of the game for rhythm and confidence.. too few are playing in all formats ..great teams had consistent players ..it's not about making all happy but picking the best for the country and be consistent @bcci," Ganguly tweeted.
"Here are many in the squad who can play all formats ..surprised not to see Shubman Gill. Rahane in the one day squad," he added.
Gill has already expressed his disappointment at not being picked in the squad for the limited overs series in the Caribbean.
The MSK Prasad-led selection committee picked India's squads for the T20I, ODI and Test squads for the tour of West Indies on Sunday.
Barring left-arm spinner Ravindra Jadeja, Kohli, Rohit Sharma and KL Rahul, no other Indian player features in all 3 formats for the West Indies tour.