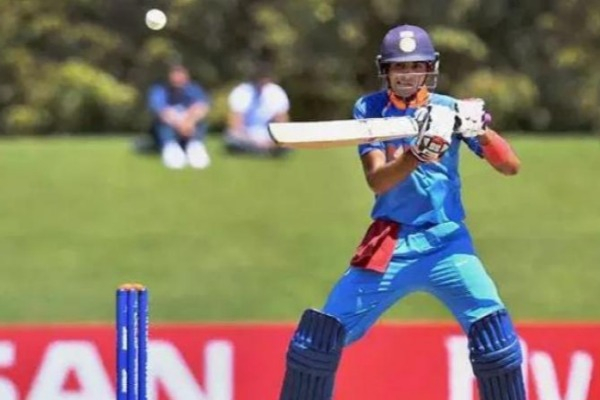 India A's top-order, led by opener Ruturaj Gaikwad, fired in unison to steer the team to a convincing eight-wicket win in the fifth and final unofficial one-dayer against the West Indies A, completing a 4-1 series triumph here.

Rahul Chahar (2/53) and his cousin Deepak (2/39), alongwith pacer Navdeep Saini (2/31) -- all of whom made the cut for India's limited over squad on Sunday --, picked up two wickets each to help India A dismiss West Indies A for 236 in 47.4 overs.
Gaikwad (99) then led the chase but missed out on a well-deserved century. His fellow opener Shubman Gill (69) and first-down Shreyas Iyer (61) also blasted half-centuries as India A overhauled the target in 33 overs at Coolidge Cricket Ground here.
Gill hit eight fours and three sixes in a 40-ball 69 to share an opening stand of 110 with Gaikwad. He was dismissed by the off-spinner Rahkeem Cornwall in the 12th over.
Gaikwad then took India A to the brink of victory before being removed by Keemo Paul with the visitors needing just 15. His 89-ball innings was laced with 11 fours and three sixes.
Iyer, who added 112 runs for the second wicket with Gaikwad, remained unconquered with 61 off 64 balls. He had three hits to the fence and cleared the ropes twice.
Earlier, electing to bat, West Indies A made a good start with opener Sunil Ambris cracking a 52-ball 61 studded with seven boundaries and two sixes to give the team early momentum.
But India A's bowlers triggered a collapse, reducing the hosts from 77 for no loss to 103 for six.
Sherfane Rutherford then came up with a 70-ball 65 to lift West Indies A to 236. Khary Pierre hit four boundaries and a six in his unbeaten 35 off 34 balls before running out of partners.
India A 237 for 2 (Gaikwad 99, Gill 69, Iyer 61 not out; Keemo Paul 1/37) beat West Indies A 236 (Rutherford 65, Ambris 61; Navdeep Saini 2/31, Deepak Chahar 2/39, Rahul Chahar 2/53) by eight wickets.