Manchester Divided: A 'City' United by its love for beautiful game 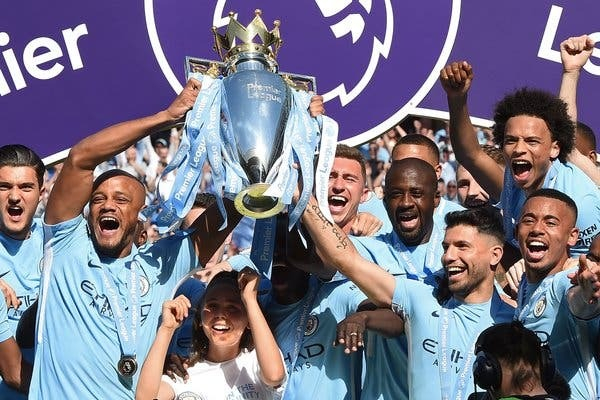 "You know when you lose all your hair? When your wife of 41 years is a United fan simply because she used to babysit two of Denis Law's five kids for a brief period," chuckles Dave Oldham, one of Manchester City's veteran tour guide.

A few minutes drive at the Old Trafford, you meet 20-something Oliver, who works at the Manchester United museum.
Do you know Oliver, how to go to Etihad Stadium from Old Trafford, you ask hoping for a reply.
"Etihad Stadium? Now what's that? We don't know which club you are talking about. We don't know where it is," he answers with a straight face before you get a sly grin.
They are not just employees of the two clubs, they is a die-hard fan in each one of them as well. And when in Manchester, you are either a 'Red Devil' or a 'Citizen'.
They are separated by 16 years, United is now 141 years old while City is celebrating its 125th year. However, there is no love lost between the two neighbours and their fans can't stand each other.
They take potshots at each other, remind each other of their achievements and are an intrinsic part in Manchester's essence.
City, the reigning EPL champions, certainly hold the bragging rights but when it comes to worldwide footfalls and legacy, the United are in a league of their own.
The humours and digs are distinctly British as Dave's tongue in cheek one liners.
As he led the tourists inside the Etihad Stadium, he would point at the sky, "As you can all see the clear skies here and the dark clouds hovering over that club (United) on the other side of city."
Or while showing the visitors dressing room, he would tell tourists, "We don't have a mirror which starts from the ceiling and touches the floor. We don't have it since Cristiano Ronaldo doesn't play for United."
But you certainly pinch yourself when you enter the Old Trafford Stadium, steeped in history. A half a mile walk from the Old Trafford cricket stadium and the grandeur hits you.
On the road, the familiar red brick buildings have big posters paying tribute to the 'Busby Babes', the 'class of 58', which tragically passed away in the fateful Munich air disaster.
The two statues of Sir Matt Busby and Sir Alex Ferguson finds its place of pride on both sides of the stadium. However the 'Trinity Statue' reminds about Red Devils' aura.
The troika of Sir Bobby Charlton, Denis Law and George Best welcome the globetrotters in a dreamland and the next two hours pass off like a dream.
The museum tour at 15 pounds is a must for football lovers.
The tribute paid to the victims of Munich Air Disaster with video footages, old jerseys, the story of the air disaster can make one numb. There is a Busby column from a 1968 'Daily Express', days before the 1968 European Cup final against Benfica.
They have a separate memorabilia segment of their legends. A pair of boots worn by David Beckham, with which he might have bended a few in, Cristiano Ronaldo's jersey grabs the maximum eyeballs for the younger generation of soccer pilgrims.
But the best section undoubtedly is that of Best. There are two letters along with kits used by Best. One where Busby writes to Best's father informing him about signing the 17-year-old at Old Trafford and the other was release letter after 14 years which virtually ended his career in top flight football.
The City is more of a modern club with its latest successes. The tour guide hands over a slick pre-recorded android device with all the updated information about the club.
But the 'kid in a candy store' moment for all those near 40 and the 50 plus visitors was certainly the locker room where one got to touch the jerseys of Vincent Kompany, Kevin de Bruyne, Sergio Aguero.
"Sergio gets the maximum request for jerseys from international stars of other clubs. So we get more jerseys for him," the guide said.
He shows manager Pep Guardiola's chamber, where he sits before the start of the match. The normal visitor is not allowed entry but Dave informed that there is only one picture inside that room.
"It's of Johan Cruyff. Pep always tells us that he is the only man from who he has learnt everything about football," the old man said.
The City tour is complete with a "virtual conversation between visitors and Guardiola".
You feel satiated while coming out. You now know why Reds rule the hearts while the 'Sky Blues' rock the charts.