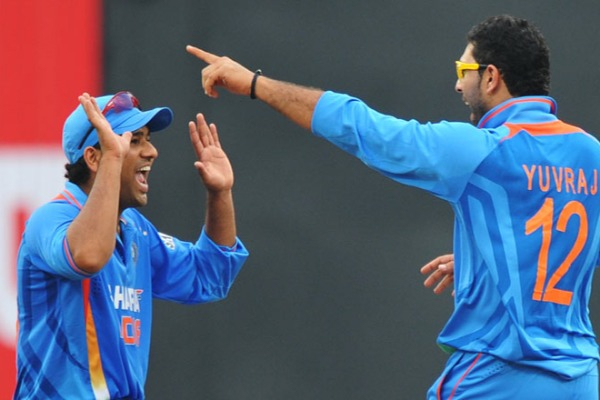 "You don't know what you got till its gone. Love you brotherman. You deserved a better send off," wrote the Indian vice-captain on Twitter.
Yuvraj played 40 Tests, 304 ODIs and 58 T20Is for India. He put together 1900 runs in the longest format, and 8701 in the one-dayers, the format in which he enjoyed most success. His one-day runs tally places him 22nd in the overall list, and seventh among Indians.
He is among the Indian greats who did not get a farewell game after contemporaries Virender Sehwag, Rahul Dravid, VVS Laxman and Gautam Gambhir.
After he announced his retirement in Mumbai on Monday, Yuvraj revealed that he was promised a farewell game by the BCCI provided he failed the 'Yo Yo' fitness test. However, he passed it and the swansong never happened.
The 37-year-old last played for India in June 2017.
Former captain Sourav Ganguly, under whom Yuvraj enjoyed plenty of success, wrote on the social networking site, "Dear Yuv .. every good thing comes to an end .. I tell u this was a marvellous thing..u were like my brother very dear.. and now after u finish even dearer.. the entire country will be proud of u . Love u lots..fantastic career.