Teams will probably be most fearful of Australia: Waugh 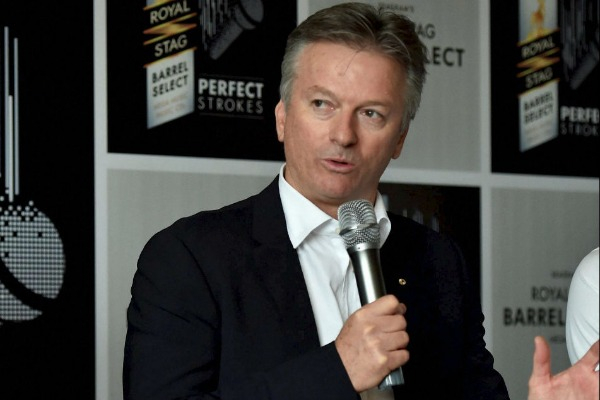 Former captain Steve Waugh said Australia may not be the favourites to win the upcoming World Cup but the return of Steve Smith and David Warner will make other teams "wary" of the five-time winners.

Smith and Warner's year-long international exile following bans for ball-tampering came to an end a couple of month ago. Immediately after returning to action Warner, with 692 runs from 12 innings in the IPL, sounded warning bells to the rival bowlers while Smith showed glimpses of his old touch in the three warm-up matches against New Zealand in Brisbane recently.
"Every side will be wary of Australia. They know the potential of the Australian side. There's been turmoil in Australian cricket over the last 12 months, but that has been put aside now. We've got our best players available to be picked in Smith and Warner," Waugh was quoted as saying by the ICC website.
The defending champions seem to be peaking at the right time. Starting in 2018, Australia had won just three out of 18 ODIs before they turned their fortunes around during the limited-overs tour of India.
Trailing 0-2, Australia posted a hat-trick of wins to register a remarkable come-from-behind series victory against the favourites and hosts India in March. Then, they blanked Pakistan 5-0 at the United Arab Emirates, proving that their success against India was no fluke.
"Their form was very poor, but all of a sudden, they've won their last eight matches, and they've got Smith and Warner in the team. And that is ominous for other sides, they know how good these sides are.
"Australia will be one of the teams probably not the favourite for the tournament, but the team that other sides will be probably most fearful of. They could do some damage. So I think Australia could go really deep in the tournament," Waugh said.
The 53-year-old, however, picked hosts England as the firm favourites to clinch the coveted trophy.
"England to me are probably the favourites - their form has been outstanding over the last couple of years. They are playing at home. Sometimes, that creates more pressure, but they've got a really good coach in Trevor Bayliss to keep the players grounded. So I think England would be favourites, and probably Australia and India on that second line of favouritism," said Waugh.