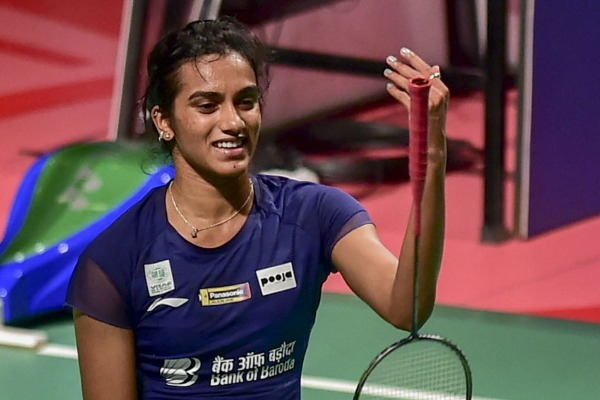 Fourth seeded Sindhu took 39 minutes to get the better of world number 22 Mia 21-13 21-19, her second straight win over the Danish girl, who had clinched the Spain Masters this year.
World number 6 Sindhu will next face China's Cai Yanyan, a BWF World Junior Championships bronze medallist.
While Sindhu led throughout the first game after opening up a 3-0 advantage, the Indian was locked in a tight battle with Mia in the second till 8-8 and was trailing 11-15 at one stage.
However, Sindhu managed to claw back 17-17 and then nosed ahead to seal the issue in her favour.
Sindhu had reached the semifinals at the India Open last month.