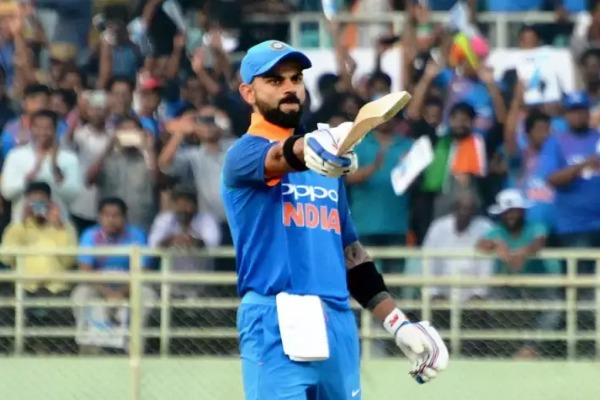 India captain Virat Kohli was Wednesday named as the Leading Cricketer of the year for the third successive time by the 2019 edition of Wisden Cricketers' Almanack.

Kohli, who amassed 2735 runs across the three formats in 2018, was picked as one of the five Wisden Cricketers of the year, along with England's Tammy Beaumont, Jos Buttler, Sam Curran and Rory Burns.
The Indian skipper is only the third cricketer ever to have won the award more than three times after Don Bradman (10 times) and Jack Hobbs (8 times).
Indian women opener Smriti Mandhana bagged the women's Leading Cricketer of the Year.
Kohli had notched up 593 runs in five Tests at an average of 59.3 during India's 1-4 loss to England and ended the year with five centuries to his name.
Mandhana was rewarded for scoring 669 and 662 runs in ODIs and T20Is last year. She also amassed 421 runs at an astounding strike rate of 174.68 in the women's Super League.
Afghanistan spinner Rashid Khan was named the Leading T20 Cricketer of the Year for the second year in a row, following his superb performance last year. He took 22 wickets at an average of 8.68 for Afghanistan in T20Is, besides scalping 21 wickets in the Indian Premier League 2018.
The Five Cricketers of the Year are chosen by Lawrence Booth, the editor of the Wisden Cricketers' Almanack, with the 2019 version serving as the 156th edition.