Badminton in Tokyo Olympics going to be tougher than last three Games: Saina 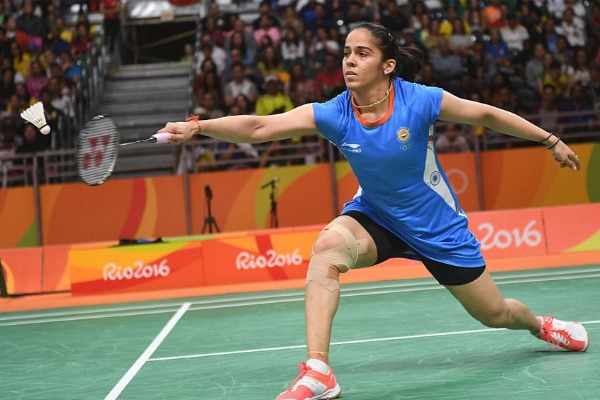 India's ace shuttler Saina Nehwal says the badminton competition at next year's Olympics will be tougher than the last three Games and she is working on fitness and improving her game in the run-up to the showpiece event in Tokyo.

Saina has been troubled by injuries of late. After her knee surgery in 2016, she has been striving hard to return to her peak form. She was World No. 1 for a few weeks in 2015.
"Yes, it (competition in 2020 Olympics) will be much tougher (than earlier three editions). The Chinese shuttlers are playing really well. More than them, a lot of other girls are playing really well. It is going to be very tough," Saina told PTI in an exclusive interview.
"But as of now, I'm not thinking about Olympics or about how I will qualify for it. I am thinking more about doing well in tournaments, improving my game and keeping myself injury free and fit," Saina said at the sidelines of Pramerica Spirit of Community Awards event in Gurgaon, for which she is the Programme Ambassador.
For India to send two shuttlers in Tokyo Olympics women's singles, both of them will have to be inside top 16 in the world rankings which will be released after the end of qualification period, on April 30, 2020.
Tokyo Games will be her fourth Olympics, having represented the country in 2008, 2012 and 2016. She reached the quarterfinals in 2008, won a bronze in 2012 and crashed out in group stages in 2016 when she played with a knee inflammation.
Saina skipped the India Open in New Delhi after she developed pancreas infection during the All England Championships earlier this month.
"I am coming out of a pancreas infection and I am planning to play Malaysia Open next week. Let's see how it happens," she said.
Asked if she is happy with what has panned out after the surgery in 2016, she said, "I am fighting, trying to improve my game and win as many matches as possible. That is what I can do and the rest I don't know, because I cannot predict results.
"I'm happy I am being able to win a few tournaments. I did well in CWG (won gold), Asian Games (bronze), Denmark Open finalist and won in Indonesia (Indonesia Masters this year). There were few good results that keep me inspiring and motivating to continue to doing well. The rest I want to take care of my health, improve my game and think of winning my next tournament."
The cramped badminton calendar following the Badminton World Federation's decision, which requires top players to feature in at least 12 out of 15 tournaments a year, has been criticised by many shuttlers.
Saina said she had also taken up the issue with the global governing body but to no avail.
"Our body cannot take so many tournaments in a year. Finally, it a body and not a machine, so it is tough but you have to find ways to be fit for most of tournaments. We (some players) told last year that the calendar can be smaller and money can be bigger in these tournaments. Make it like tennis, like how they have four grand slams," she said.
"I don't know why BWF is busy doing these things, different tournaments. Being a player we don't have the time to sit and speak about it often. We can only focus on the next tournament. Last year we tried to speak in December as well but nothing changed, so we have to go with the routine."
Asked how her husband P Kashyap sitting at the coach's corner in recent tournaments different from national coach Pullela Gopichand, Saina said, "Both of them are making really good plans for me. Sometimes you are more comfortable with a friend. Kashyap can be a bit more strict and hard on me because Gopi sir is basically quiet and simple on the court.
"Kashyap knows at the moment I am a little bit scared sometimes to move around after my surgery, sometimes I feel a little bit tense to move. With the way he (Kashyap) can shout at me and make me play, I feel confident."
She said the move (to be with Kashyap in tournaments) is helping her game.
"I am being able to take some good tips from Kashyap in the last 4-5 months. It has helped my game a bit here and there. I just told Gopi sir that let him help me for few more months and we will see how it changes.
"Change is always helpful, we should keep on changing. That is why he is sitting there."
The Pramerica Spirit of Community Awards is a school-level (class VI to XII) programme for volunteer community service aimed at encouraging the efforts of school children who have made a difference and inspired countless others. The 9th Annual Pramerica Spirit of Community awards (SOCA) is an initiative by DHFL Pramerica Life Insurance.
"These awards help me understand what these kids can do and what India is capable of. We have so much talent. These young kids are improving the society and in future we can get a lot of leaders among them. They have so much of innovative ideas.