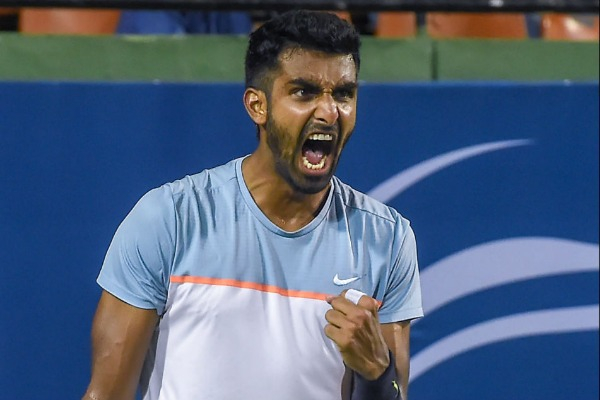 Prajnesh defeated Great Britain's Clarke 6-4 6-4 in the second qualifying round of the ATP-1000 tennis tournament in Miami to progress to the main draw.
Having reached a career-high rank of 84 earlier this week, the India number one began on a strong note, breaking Clarke in the first game of the match. He saved two break points in the other games on his way to sealing the first set.
The starting of the second game was no different as the 29-year-old Indian again broke his 20-year-old opponent in the first game. Clarke managed to save two break points but could not prevent Prajnesh from sealing the set and match in his favour.
This is Prajnesh's second straight Masters main draw appearance, coming a week after reaching the third round at Indian Wells.
The Indian will meet Jaume Munar of Spain in the first round main draw Friday.