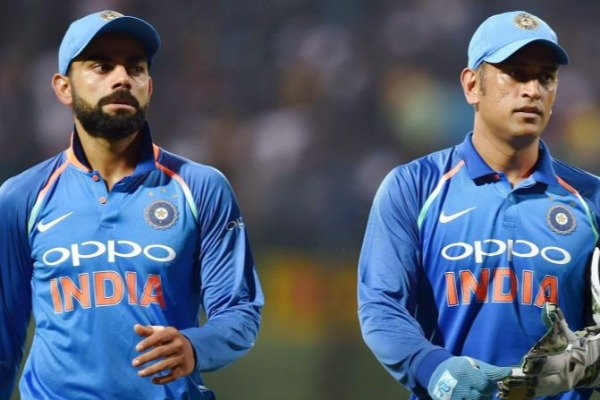 Virat Kohli is not a "shrewd captain" who could be compared to his national team deputy Rohit Sharma or former skipper Mahendra Singh Dhoni, who have won three IPL titles each, feels former KKR captain Gautam Gambhir.

The former India opener, who led Kolkata Knight Riders to two IPL trophies in 2012 and 2014, feels that in result oriented franchise environment, Kohli has been "lucky" to have survived despite Royal Challengers Bangalore (RCB) never winning the coveted title in his eight years as skipper.
"I don't see him as a shrewd captain. I don't see him as a tactful captain (tactician). And he hasn't won the IPL. So ultimately, a captain is only as good as his record," Gambhir told on host broadcasters' 'Star Sports' show 'GamePlan'.
Gambhir's comments is specific to Kohli's success as a leader in IPL since he is the first captain who has led India to a Test series win on Australian soil.
"There are people who have won the trophy three times. MS Dhoni and Rohit Sharma. So I think he has a long way to go. You cannot compare him to someone like Rohit or Dhoni at this stage," Gambhir said.
"He has been a part of RCB, and captaining RCB for the last seven to eight years, and he has been very lucky and should be thanking the franchise that they stuck with him. Because not many captains have got such a long rope where they haven't won a tournament," said Gambhir, who had to part ways with KKR in 2018 after seven long years and two titles.
Gambhir's last IPL season was with Delhi Daredevils where he stepped down from captaincy midway after his run in the tournament went from bad to worse.
However, another former skipper Sourav Ganguly, who had a tumultuous time as KKR captain, felt that there should be no questions about Kohli's captaincy.
"If you talk about Virat Kohli and keeping him as a captain, just look at what he has done. What he has done with the bat in every format of the game. Absolute champion. And he deserves to be captain of RCB for whatever period of time. I am sure he will turn it around," Ganguly said.