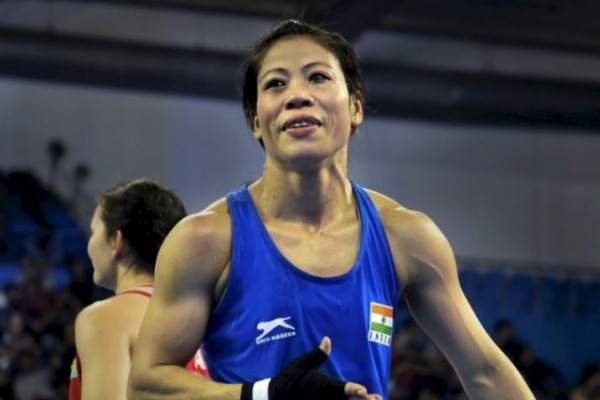 Six-time world champion M C Mary Kom remained undefeated on her return to the 51kg category, winning all her three bouts during a training trip to Berlin, Germany.

Mary Kom, who claimed her sixth world title in November last year is making a transition from the 48kg category to 51kg in pursuit of a second Olympic medal.
The 48kg category is not part of the Olympic roster. Her 2012 Olympic bronze medal came in the 51kg division.
In Berlin, Mary Kom defeated Ukraine's Daria Sierhieieva Germany's Ursula Gottlob and Norway's Veronica Losvik for a confident start to the season. All her victories were unanimous 5-0 triumphs. She would be returning to the country on Saturday morning.
"It is never as easy as the score-line suggests. But I am feeling good about my body and also very confident about my abilities. Let's see how it goes from here," Mary Kom told PTI from Berlin.
The 36-year-old Manipuri credited her coach Chhote Lal Yadav, who is also an assistant coach in the national camp, for the success she has enjoyed.
"He keeps me on my toes and his inputs are valuable to my training," she said.
The mother-of-three enjoyed a stellar 2018, winning gold medals at the Commonwealth Games, the India Open, the world championships and a tournament in Poland.