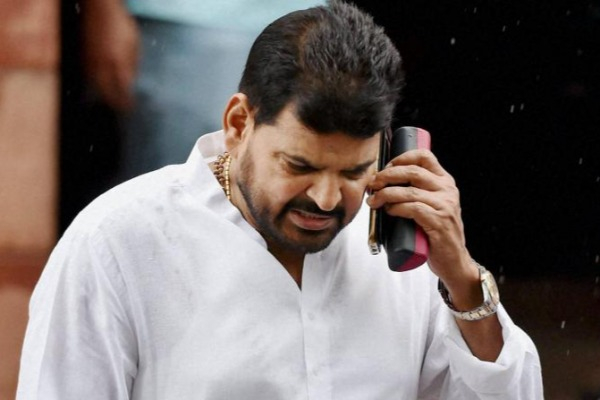 Brijbhushan Sharan Singh was on Sunday elected unopposed as the president of the Wrestling Federation of India (WFI) for a third time.