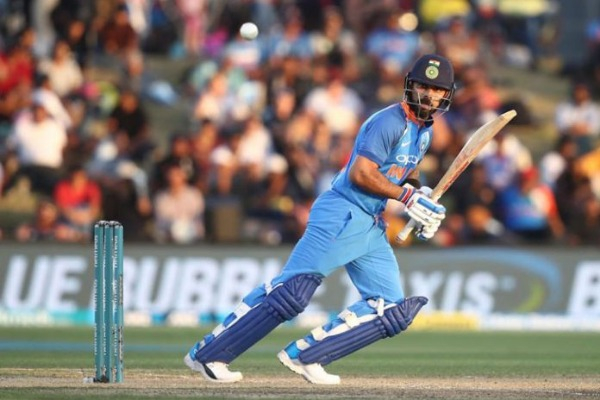 Young England fast bowler Tom Curran has described Virat Kohli as an "unbelievable player" and hopes to dismiss the India captain when the two teams face-off in the future.

Curran spoke to media after the ICC announced the fixtures of the T20 World Cup in Australia next year.
India are England are clubbed in the same pool along side South Africa, Afghanistan and two other teams who are yet to be confirmed.
But when asked Curran how he hopes to get the prized scalp of Kohli, the 23-year-old right-arm pacer said: "Hopefully not with a no-ball! We'll see. He's an unbelievable player."
The ICC event will be played in Australia from October 18 to November 15 next year.
India will face off against England at the Melbourne Cricket Ground on November 1.
The tournament will be played as a stand-alone event after the women's T20 World Cup and Curran can't wait to be a part of a world event.
"All the games are so exciting, the crowd will be phenomenal and to be a part of it will be amazing. Playing T20s in Australia is unbelievable. We saw the excitement during the 50-over World Cup (in 2015) created here," Curran said at the launch of the fixtures of the 2020 edition of the tournament here.
"Australia have some of the most unbelievable stadiums in the world. To experience it properly in the Big Bash season has been amazing for me," he added.