India not underdog, it will be tough match: Italy captain Barazzutti 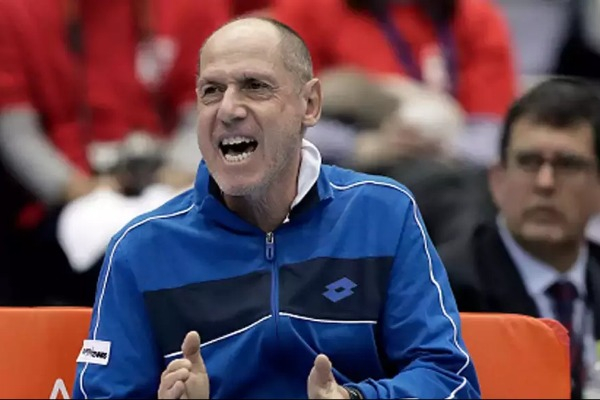 Italy's non-playing captain Corrado Barazzutti on Monday predicted a tough match against India, insisting that the hosts were not underdogs despite having lower-ranked players compared to his team.

World No 18 Marco Cecchinato will lead Italy's challenge, while they have two others inside top-60. India's top-ranked Prajnesh Gunneswaran on the other hand is world number 102.
"In Davis Cup, the ranking is only important for the draws on who plays first and who plays second. But everything changes once you step on the courts. No one are underdogs I think. It will be a tough match," Barazzutti told reporters after their first practice session on grass courts of the Calcutta South Club.
On head-to-head count, Italy lead India 4-1. India won the last time they played in Kolkata, in 1985.
India opted to host formidable Italy on grass on February 1 and 2 on grass courts, considering that the visitors have tough hard and clay court players.
The winner of the tie will qualify for the inaugural World Group Finals in Madrid in November this year.
"They are playing at home and on grass. We have to be focused and play with utmost respect. It's always very difficult to play when you play for your country. It's important for us for sure.
"They are a good side. They are good players. We have to show bigger respect to this team, these players because they are very good," Barazzutti who was part of the Davis Cup winning Italian team in 1976, said.
Cecchinato who defeated Novak Djokovic en route the French Open semifinals last year, has only played one Davis Cup rubber and it was on clay as no one in the Italy squad has played the Davis Cup on grass.
"It's grass. What I can say. That is the court. And we have to play on this court, we have nothing to complain. We were just practising to play as better as possible."
"You know the schedule. Only some players played on grass before the Wimbledon last year. There's maybe one tournament after the Wimbledon. Nobody plays a lot on the grass. Even the Indians don't play I think. Not only us," he said.
The five-member team got used to the lush green South Club courts sweating it out for close to two hours.