Spain tour will be good indicator ahead of Olympic Qualifiers: Rani 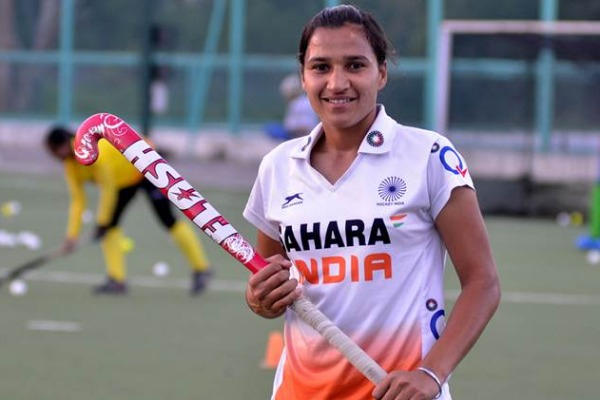 Indian women's hockey team skipper Rani Thursday said their Spanish tour will help "understand where we stand" ahead of the Olympic Qualifiers, slated to be held later this year.

The tour opener will be played in Murcia.
"It will be a challenging tour no doubt but our team has made a lot of improvement in the past two years and we see this as a great opportunity to understand where we stand ahead of the Olympic Qualifying events this year," stated Rani.
The Indian team will play four matches against Spain between January 26 to January 31 followed by two games against Ireland on February 2 and 3.
"We have quite a few youngsters who have been given a chance to show their potential against strong teams. It is important to have a larger pool of players with good international exposure ahead of important tournaments this year," she added.
Rani believes her team will carry confidence from its impressive performances last year, which helped India move up the FIH world rankings.
"Though we surprised many with our performance against teams like England and Australia, we feel we could have done better in the 2018 Asian Games and 2018 World Cup.
"While we carry confidence from last year's events, we work everyday with the belief that we can take our performance to the next level and we certainly have the potential to do so.
"We have been receiving great support from our coaching staff in the past few months of training where we not only had to overcome the heartbreak of losing the 2018 Asian Games final to Japan and a quarterfinal loss to Ireland in the 2018 World Cup but also introspect on the mistakes we were making."
The Indian team left in the early hours of Thursday morning for the Spain tour from here.