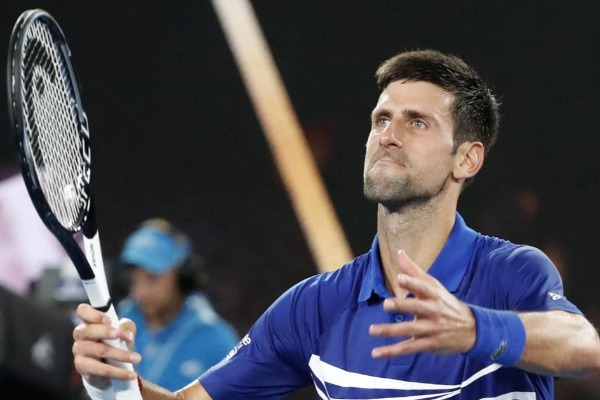 The cameras dotted around Melbourne Park, which show players walking the corridors and making their way to the courts, were introduced this year and are not seen at any other major.
Many of the candid clips have gone viral, with social media users amused when security guards asked high-profile players such as Roger Federer and Maria Sharapova for identification.
Others have been more personal, including Croatian 31st seed Petra Martic slumping to the floor and breaking down in tears after her third-round elimination.
Djokovic, who is chairman of the men's player council, said he had privacy concerns, particularly for women players who were moving between the recovery centre and the locker rooms.
But the Serb said if that issue was fixed he had to reluctantly accept the intrusion.
"That's the only thing I mind a little bit, you know. But other than that, you know, we live in Big Brother society. I guess you just have to accept it," he said.
Federer said tennis stars were now used to having their every moment captured on camera, although he did not appreciate intrusions on his down time.
"Now it's just like everywhere all the time. It's hard to find the corner where you can actually sort of relax a bit, but I can deal with it. It's no problem," he said.
Serena Williams' coach Patrick Mouratoglou was a strong supporter of the cameras, saying showing the human side of players helped draw in a new generation of fans.
"If they root for a player or they hate a player, that's great, because they feel emotion when they watch tennis," he said.
"They need to know the players. All those behind the scenes (clips) that show the personalities of the players... it's great to show they are human and they are not machines and they have emotions. They have good emotions, they have bad emotions."
Mouratoglou said tennis was a conservative sport but needed to move with the times to stay relevant and appeal to fans.