I will be fit before IPL, says Prithvi Shaw 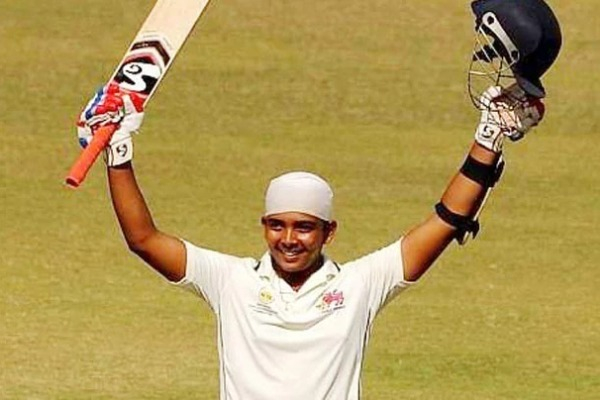 Recovering from an ankle injury that forced him out of the Australia tour, the young Prithvi Shaw Monday said he will be fit in time for the 12th season of Indian Premier League.

The 19-year-old Shaw suffered the injury in Australia before the start of the four-match Test series.
"I will be fit before the Indian Premier League and I am trying hard to reach full fitness. I am working on my ankle as well as on my upper body," Shaw told 'India TV'.
The Mumbai opener has been retained by Delhi Capitals for what will be his second season.
The batsman twisted his ankle while fielding in the deep during India's practice match ahead of the first Test against Australia in Adelaide.
Having stayed on with the team hoping to be fit for the second Test in Perth, Shaw was eventually ruled out of the remainder of the series and sent back home for an extensive rehabilitation programme.
Recalling the injury, he said, "We were playing the practice match in Sydney ahead of the first Test. I was standing at deep mid-wicket and Ash bhai (R Ashwin) was bowling and a catch came towards me. I caught the ball while jumping backwards in the air and my body weight fell on my left foot when I landed.
"It was a bit uneven there and my ankle got twisted 90 degrees and the entire body-weight fell on that. That's how it happened."
Efforts were then on to get the batsman fit for the series but the severity of the injury dashed his hopes.
"I was trying hard to play in the second Test and the physios too were trying to get me fit for the match. However, the more they tried, the swelling increased and it got more painful.
"It was an unfortunate incident and you can't really do anything about that. It was my wish to play in the challenging conditions in Australia. I love the bounce there. But unfortunately, I suffered a leg injury. But that's okay, I am very happy that India won the Test series. It can't get better than this.
"I got full support of the team at that time because I was very disappointed with the injury. I had practised hard for the tour and had many things in my mind that I thought I would do there. So, it was disheartening. But yeah, now I am happy that we won the series."
Shaw has had a record-breaking start to his Test career as he aggregated 237 runs in three innings at an average of 118.50 against the West Indies.