Chahal grabs six as India bowl out Australia for 230 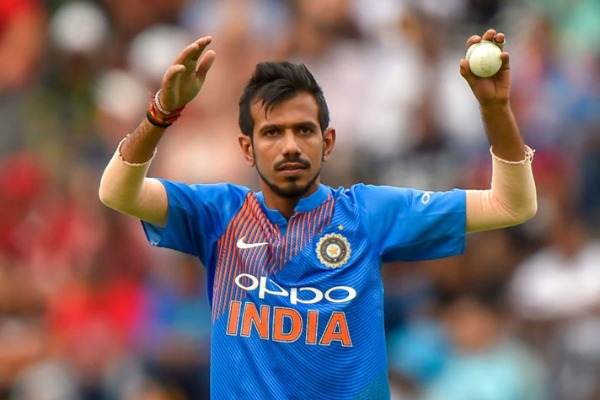 Indian leg spinner Yuzvendra Chahal grabbed his first opportunity in the series with both hands, taking a career-best 6 for 42 to decimate Australia for a paltry 230 in the third and final ODI here on Friday.

At the iconic Melbourne Cricket Ground, Chahal matched Ajit Agarkar's 6-42 during 2004 tri-series to record the joint best-ever ODI figures on Australian soil.
In doing so, he also improved on his previous best of 5-22 against South Africa at Centurion in January 2018.
For Australia, Peter Handscomb (58) scored a fighting half-century and took them to a respectable total after they were reduced to 161-6 at one stage.
This was after India won the toss and opted to field on a rainy day in Melbourne.
Chahal, who replaced Mohammed Siraj, made life difficult for the Australian batsmen with deceptive flight and varying the pace of his deliveries.
Play was delayed by ten minutes because of rain and, after the first two balls in the Australian innings there was a further 20-minute delay before weather improved.
The hosts faltered under cloudy skies though as Bhuvneshwar Kumar (2-28) and Mohammed Shami (2-47) bowled excellent opening spells.
Alex Carey (5) was out cheaply again, caught at second slip off Kumar in the third over. He also accounted for Aaron Finch (14) for a third successive time in the series, trapping him leg before in the ninth over, immediately after his previous delivery had been declared a dead ball for bowling from behind the umpire.
Australia only managed 30-2 in the first 10 overs, and India used the tactical ploy of bowling Shankar (0-23) and Jadhav (0-35) together over the next passage of play The duo was economical even if they didn't get any wickets.
But this allowed Shaun Marsh (39) and Usman Khawaja (34) to get set, and they put on 73 runs off 85 balls for the third wicket taking Australia to 100-2 in the 24th over. Chahal then came on to bowl and changed the course of this innings within four balls.
First, Marsh was stumped attempting to play a wide delivery down leg side as MS Dhoni quickly removed the bails. Three balls later, Khawaja top edged a simple return catch to Chahal as Australia were reduced to 101-4.
Rohit Sharma then too a low diving catch in the 30th over as Marcus Stoinis (10) failed to read Chahal's spin.
Glenn Maxwell (26) hit five boundaries as he tried to counter attack, but Shami got rid off him, with Kumar putting in a great diving catch at fine leg to push India's advantage.
Australia lost four wickets for 61 runs in 13.4 overs during this passage of play, but Handscomb rescued them from total embarrassment with his third ODI half-century, coming off 57 balls.