Balance that Pandya creates is crucial for team: Dhawan 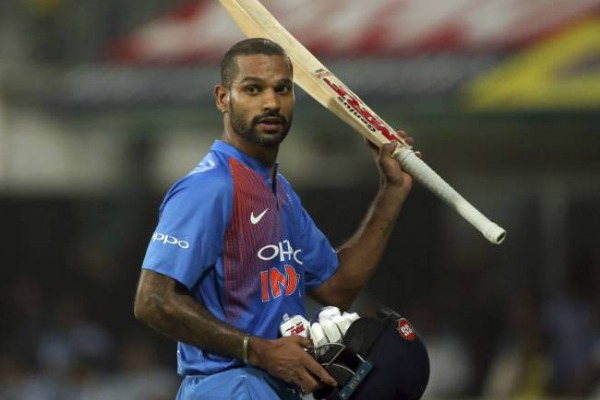 Indian opener Shikhar Dhawan Thursday said suspended fast-bowling all-rounder Hardik Pandya is "crucial" for the team's balance but rejected suggestions that the side was struggling for a fifth bowler in the ongoing ODI series against Australia.

India take on Australia in the series-deciding third and final one-dayer here on Friday. There are bound to be changes to the team composition in the light of Khaleel Ahmed and Mohammed Siraj failing to impress in the first two matches.
Dhawan came out in support of the two young pacers, but added that the presence of an all-rounder in the side is imperative for balance. India are missing Pandya owing to the provisional suspension imposed on him for sexist comments on a TV show, condemned as "inappropriate" by skipper Virat Kohli.
"The balance that Hardik (Pandya) creates when he's in the team is very crucial for our team," Dhawan acknowledged in the pre-match press conference here Thursday.
"Even when Kedar (Jadhav) plays, the overs of off-spin he bowls are very beneficial for us...I would say he is our golden arm, and he always takes wickets when he comes on. So often, he's broken a big partnership. An all-rounder in Tests and limited-overs' cricket is equally important," he added.
Talking about Ahmed and Siraj, Dhawan said the youngsters will mature and get better with time.
"It's not a worry (about the bowling). They just came in. They are young blokes. We will back them. That's how they're going to learn, when they play against a good side," he said.
"If they go for runs, that's where they have to lift themselves up and think more about their game and strategies. That's how they'll become more mature players. It's good that they are getting chances over here," he added.
Dhawan said the team is looking to make history by winning the first ever bilateral ODI series on Australian soil, following up on the 2-1 Test series' win here. He felt the batting line-up, including veteran Mahendra Singh Dhoni, finding form only bodes well for their preparations ahead of the 2019 ODI World Cup.
"Winning the series will mean a lot to us. Winning both Tests and if we win tomorrow, it is going to be a big achievement for us. We are going to value it and cherish it," he said.
"It was good to see a good team performance in the last game, especially how Dhoni performed well in both the games. We are very happy that Dhoni is getting his touch back. Because a player of his stature, gives so much of confidence to the batsmen at the other end," he added.
He also lauded the role played by Dinesh Karthik during the successful chase in the second ODI in Adelaide.
"The good thing is we have got all fit players and very mature players, very experienced. That makes us a very strong batting unit. And of course we have been performing very well and consistently over the past few years," he said.
The left-hander is one of the three batsmen, along with Dhoni and Ambati Rayudu, to have not played active cricket while the Australia-India Test series was on.
Dhawan said he felt in good rhythm on account of the T20I series and chose to take the break to work on fitness and his skills.
"I had 5-6 weeks off and I was training hard. It was good because, looking forward to the World Cup, it was a good break for me. Now I'm happy to be back in the side, playing matches and raring to go.
"I think my rhythm is there, the way I was hitting the ball. It is very important to take a break and feel fresh, which we Indian cricketers don't get much of, so we're not used to it," he said.
India have a set and firing opening combination along with a perennially in-form Virat Kohli at number three. In comparison, Australian skipper Aaron Finch is struggling for runs, and his partnership with Alex Carey at the top hasn't really clicked.
Dhawan said he bats in auto mode with Rohit Sharma, since they understand each other so well.
"Batting with Rohit, it's normal, comfortable and we both know what to do and what not to. Not much discussion is needed. We play on automatic mode and keep having fun with each other. There is a sense of calmness and peace," he said.
The opener said the Indian team has done its homework on Finch to be able to get him out for cheap all summer.
"...we are hitting the right areas against him. We are not giving him singles or boundary options too easily. Once you create that pressure on a batsman, especially in limited-overs, he's going to do something extra and take more risk to rotate the strike or score runs...," he said.
Talking about Friday's match, Dhawan said the Australian team is missing the likes of Steve Smith and David Warner, while the experience of Bhuvneshwar Kumar and Mohammed Shami is giving the Indian team an advantage at the start of their innings.
"Australia have a good all-round side, they have a good balanced side. Of course the presence of Smith and Warner is missing in this side. They are legends of their country and big players in the cricket world," he said.
"At the same time, Bhuvi (Kumar) is very experienced as well as Shami. That's why in the first 10 overs, we have been dominating the game. We would like to do it the same way. So we will be on our guard," he signed off.