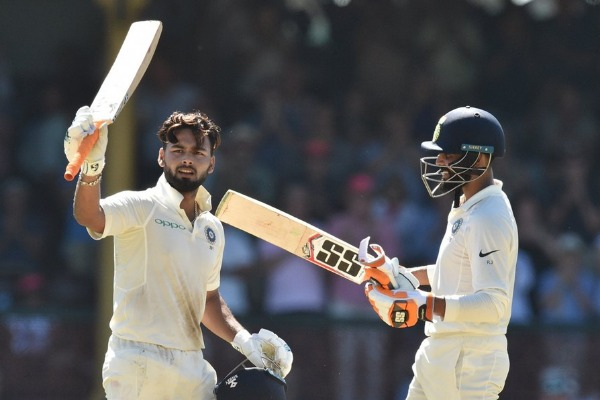 Rishabh Pant and Tim Paine's good humoured on-field banter has been lapped up by the television viewers and the Indian described it as a way of maintaining intensity during long on-field hours.

The official broadcasters of the ongoing India versus Australia series Fox Cricket has kept the stump microphone on and some of the interesting exchanges between Paine and Pant have been recorded.
Pant, whose picture of holding Tim Paine's son along with the Australian skipper's wife Bonnie went viral after the "babysitter" banter, didn't mind that stump mic is on.
"That (banter) is also one of the methods to keep yourself positive and to keep yourself busy. When you are fielding for a long time, everyone's body does get tired but you need to find a way to keep yourself positive and stay concentrated. My method is this, and it works for me, and that's why I am doing it," Pant told the media on Friday.
"As a player, I don't think about any of these things (stump microphone being turned up). Whatever I feel like at that moment, I say it. That's the only way," he added.
It all started during the Melbourne Test when Pant was batting.
"Big MS (Dhoni) is back in the one-day squad too, we might get him (Pant) down to the (Hobart) Hurricanes we need a batter. Fancy that, Pantsy? Extend your little Aussie holiday. Beautiful town Hobart too, I'll get you a nice apartment on the waterfront. (I'll) have him over for dinner. Can you babysit? I'll take the wife to the movies one night and you'll look after the kids," Paine was heard saying on the stump mic.
On the very next day, Pant was heard speaking to Mayank Agarwal when Paine came to the crease.
"We got a special guest today. Have you ever heard of a temporary captain, ever, Mayank?" said Pant, referring to the absence of banned former skipper Steve Smith.