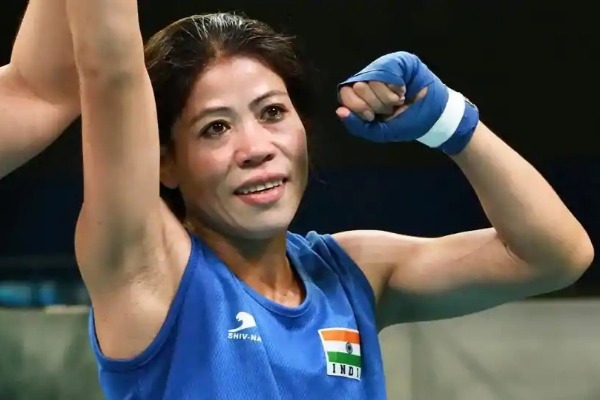 The weight of expectations is enormous on Mary Kom but grabbing a sixth gold medal at the World Championships won't be easy for the celebrated pugilist, says Indian boxing's High Performance Director Santiago Nieva.

One of the most decorated boxers from India, Mary Kom is a five-time world champion and London Olympics bronze medallist. The Manipuri will spearhead India's 10-member contingent in the World Championships, beginning Thursday.
"Everybody expects Mary Kom to win a gold medal but it won't be easy. She has strong competition, she needs to perform as nobody will give her the gold free," Nieva said ahead of the elite International Boxing Association (AIBA) event which will be held for the first time in India.
At the same time, the Swede added that Mary Kom has it in her to deal with pressure.
"Everybody knows her. She has some pressure but she has done this before and we are confident she can do it again," he said.
Nieva said his expectation includes a gold and anything less than that will be a below-par result for the hosts.
"I expect at least three medals, including a gold. We will not be satisfied if we can't achieve that. Everything more than 3 medals will be a bonus and great result for us."
Besides Mary Kom, Nieva expects good performances from some young Indian boxers in the tournament.
"Lovelina (Borgohain, 69kg), Manisha (54kg) looked pretty impressive in training sessions but a competition bout is totally different. It is their first World Championship and they are relatively inexperience but they are good boxers," he said.
Delhi's deteriorating air pollution has been hogging the limelight in the run-up to the tournament and Olympic bronze medallist boxer Mira Potkonen expressed concern over the matter, especially hailing from a pollution-free country like Finland.
"I came from a country which has the cleanest air, so it (pollution) is a bit of an issue. But I like the warm weather of Delhi. I knew what to expect as I was here in last January for the India Open Boxing," Finland's Potkonen said.
"Pollution is a problem but I will have to adjust to that. I won't go for jogs and try to concentrate on indoor training."
Potkonen won a bronze medal in the 60kg lightweight category at the 2016 AIBA Women's World Boxing Championships and the 2016 Summer Olympics.
Nieva, on his part, said the Capital's city's worsening weather condition shouldn't be too much of a problem for the participating nations as boxing is predominantly an indoor sport.
"Nobody wants to play in a city where you feel the difference in breathing but this is a major issue in all big cities of the world. We had that in Beijing Olympics.
"But it's very important for the Indian government to deal with the issue and I think they are trying to do something about it. But there is no quick fix. This is something which will take years to bring it down," he said.
"For us, it's not a major issue. I have spoken to boxers of other countries as well and as Mira (Potkonen) said we usually train indoors, we stay inside the hotel, so it's not that much of an issue," Nieva added.