Will take a call on retirement after Asian Para Games: Jhajharia 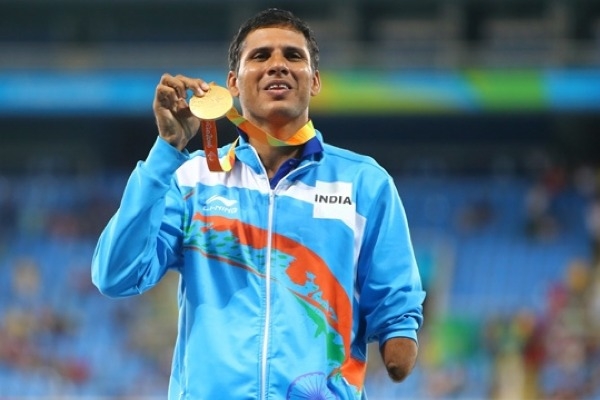 The 37-year-old javelin thrower won gold at the 2004 Athens Paralympic Games before repeating the feat with a world record effort in the 2016 Rio edition.
"I will consider retirement after the Asian Para Games, once I discuss with my family, coaches and friends. The thought has come to my mind as I have been dealing with a shoulder injury for the past one and a half years," Jhajharia told PTI from Jakarta.
"My shoulder has a tear and I have not been able to recover from that fully. That is why I am thinking whether I should continue or not. For now I have my event on 11th (October) and only when I get back to India I will think about retirement," said the champion athlete.
Will he carry on till the 2020 Paralympic Games?
"As I said, it is only after the Asian Games that I can decide whether I can go on till 2020. I will be almost 40 in Tokyo. So it needs to be discussed with all the people involved and then I will take a call.
"The shoulder tear cannot be cured fully. You have to do regular rehab. So I will need to look at all of that before taking the final call," said the athlete from Rajasthan.
It has been a long career for Jhajharia who was awarded Khel Ratna, India's highest sporting honour, alongside hockey player Sardar Singh in 2017.He picked his two Paralympic gold as the highlight of his career.

"I started competing in 95 with able bodied athletes. In 2002 started my international career in para sports with Busan Asian Games gold (they were called FESPIC Games back then).
"It has been 16 years since then and I have been winning medals for the country. If I have to pick, the Rio gold was big for me, to break the world record after 12 years. I worked really hard for that.
"The 2004 gold was special mainly because there were no facilities back then," he added.