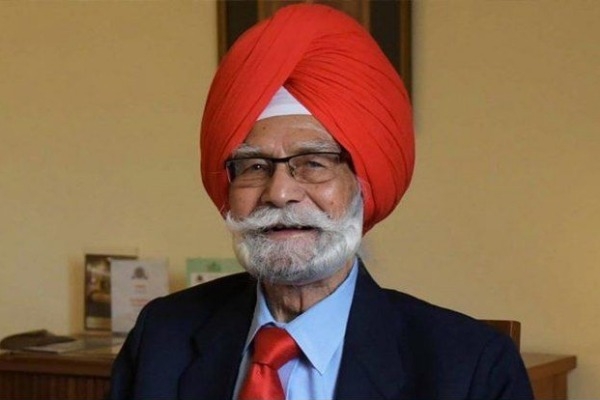 Three-time Olympic gold medal winning hockey legend Balbir Singh Sr. is critical after being admitted to a hospital here due to difficulty in breathing.

The legendary centre-forward, who is 94, is being treated at the Respiratory Intensive Care Unit (RICU) of the PGI Hospital and his condition was described as critical by the doctors attending to him.
A doctor told PTI on Thursday that an endotracheal tube has been inserted into his trachea.
"The purpose of endotracheal intubation is to permit air to pass freely to and fro from the lungs," the doctor said.
"He is on ventilator right now and is being monitored every four hours," he added.
The iconic player was admitted to the hospital on Wednesday.
One of the country's tallest athletes, Singh became the only Indian among 16 legends chosen by the International Olympic Committee across the modern Olympic history.
His world record for most goals scored by an individual in the men's hockey final of the Olympics still remains unbeaten.
He had scored five goals in India's 6-1 victory over the Netherlands in the gold medal match of the 1952 Helsinki Games.
He was conferred with the Padma Shri in 1957 and was also the manager of India's World Cup-winning team in 1975.