Batsmen have to be better prepared when they go to England next time: Dravid 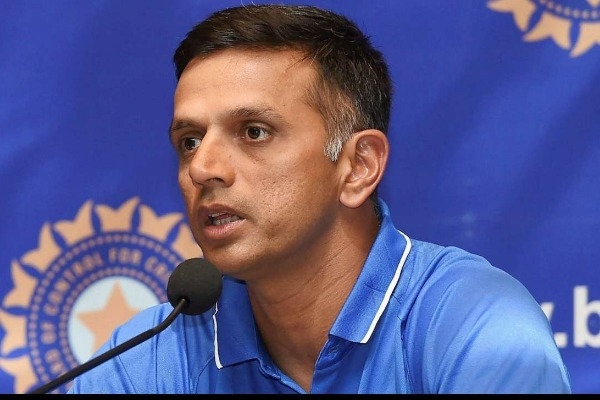 Rahul Dravid, the last captain to lead India to a series win in England, says the current side faced unusually tough conditions in the recently concluded five-match rubber and the batsmen must prepare better before embarking on the next English tour.

"Lets just be honest first. The conditions in England were not easy for batting. I think batsmen of both teams struggled. If you take out Virat Kohli from the equation, it was not an easy series for the batsmen. I have played in England quite a bit, the conditions can be tough but it is rare to find five Test matches which had conditions as tough as the one they found," Dravid said in response to a PTI query here on Friday.
"As I said, we need to look ahead. The next time we go there, we have to be better prepared for these kind of conditions and try and replicate conditions as best as we possibly we can. It was tough out there. Lets face it," said the Indian batting great at the launch of Manipal Hospitals' first branch in the national capital.
After guiding India to their first series win in England since 1986, Dravid stood out amongst the Indian batsmen on the tour four years later in 2011, scoring three hundreds even though the side was handed a 0-4 hammering by the hosts.
The most recent 1-4 series loss in England was India's third in a row with batsmen letting the team down innings after innings.

The performance left the Indian fans seething, and coach Ravi Shastri added fuel to the fire by calling the current team the best travelling side of the last 15-20 years, even though the results painted a different picture. India's lack of preparation ahead of the series was also heavily criticised.
Dravid, however, did not read much into Shastri's remark.
"I think the whole thing was a little bit blown out of proportion. I am not really interested in commenting on what Mr Shastri feels or he doesn't feel. For me the main thing is what have we learnt from this series?
"What are the lessons that we need to take forward next time we go there? It doesn't matter whether we are the best or not. These are irrelevant things for me," said the 45-year-old, who has 13,288 Test runs to his name.
"Tours like England happens once in three or four years and players who have been part of the series and even the coaching staff, they will be disappointed after losing because you never know what happens in four years time. We really had a good team this time, the bowling was exceptional but it still did not work out," said Dravid, who is now coaching India U-19 and A team.
He said India losing 1-4 was a case of missed opportunity.
"India surely had their moments. They played some very good cricket in what I thought were pretty difficult conditions, especially for the batsmen. They were competitive for most part of the series but I am sure the team looks at it as an opportunity missed. They would feel, having played so well in certain parts of Test matches, they were not able to finish off games.
"Still there are some positives to take from the series. Our bowling and fielding, especially catching, went on very good but like I said the team would feel it had its chances and unfortunately it did not work out."
Talking about the ongoing Asia Cup in UAE, Dravid said India need to focus on all teams and not just Pakistan.
"Afghanistan is doing well, I don't know why we are only focusing on Pakistan. Bangladesh too are doing well. Afghanistan also are a force to reckon with. If I was in the team I would not just be focusing on Pakistan. We are playing very good white ball cricket but we have to be careful of other teams too," Dravid concluded.