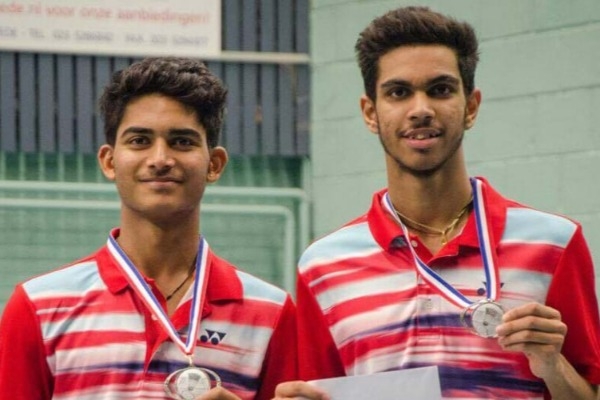 Second seeds Saurabh and Anoushka defeated Poland's Pawel Smilowski and Magdalena Swierczynska, seeded fourth, 18-21 21-19 22-20 in the mixed doubles summit clash that lasted an hour and three minutes.
Krishna and Dhruv then outwitted Germany's Daniel Hess and Johannes Pistorius 21-19 21-16 in a 36-minute doubles final.
Among other Indians, women's doubles pair of Simran Singhi and Ritika Thaker lost in the semifinals, while top seeded mixed doubles pair of Rohan Kapoor and Kuhoo Garg failed to cross the quarterfinals.
Second seeded men's doubles pair of Rohan and Shivam Sharma also suffered a loss in the semifinals.