Dipa will resume training after a week: coach 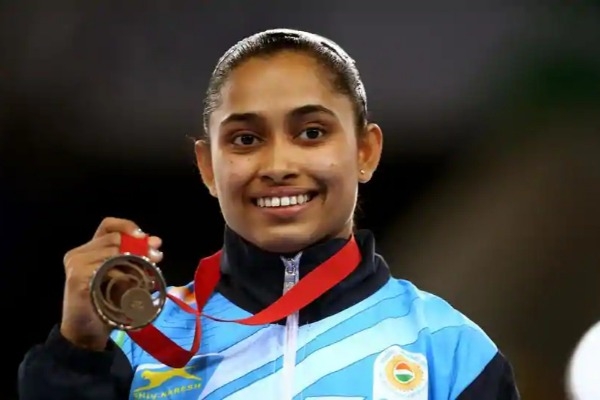 Indian gymnast Dipa Karmakar will resume her training next week for the upcoming World Championships in Doha after completing her rehabilitation.

She had pulled out of the artistic team finals at Asian Games after feeling a jerk on her right knee during podium practice. She, however, participated in the balance beam final, where she finished fifth.
The 25-year-old from Agartala, alongwith her coach, returned home last week and underwent an MRI.
"Her MRI has come out to be clean and we consulted Dr Anant Joshi who had operated her last year. So we came back to Agartala on August 28. She has started her physiotherapy sessions and I feel she can resume her training after a week," Dipa's coach Bisweswar Nandi told PTI.
"The World Championship is in Doha (from October 25 to November 5), so we will be going to Delhi, around September 18-20. She is fine, there is nothing serious. We have got her physio from Srinagar," he added.
Nandi said the owner of the clinic in New Delhi (Mahajan Imaging) where Dipa got her MRI done did not charge her for her examination.
"The staff of the clinic treated Dipa like a celebrity. The owner came to meet Dipa and refused to charge for the MRI," Nandi said.
Dipa, who had finished a creditable fourth at the Rio Olympics, was out of action for two years due to a career-threatening knee injury. She could not recover well in time to take part in the Gold Coast Commonwealth Games.
She won gold at the comeback event, World Challenge Cup in Mersin, Turkey --. her first event after undergoing an anterior curiae ligament surgery in Mumbai last year.