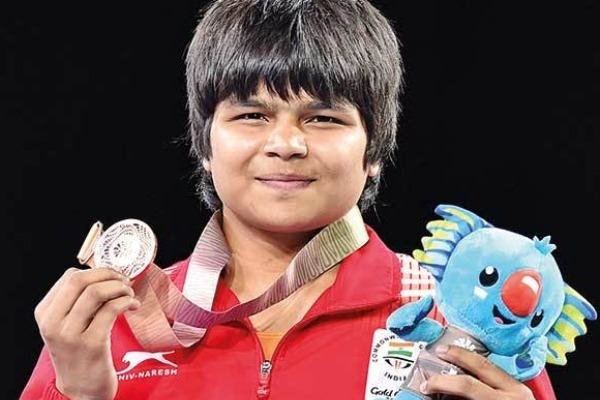 Divya Kakran shrugged off a crushing quarterfinal defeat to bag a bronze, ensuring that medals continued to come from the wrestling arena even as three other Indians crashed out early at the Asian Games today.

Kakran was demolished by the experienced Mongolian Tumentsetseg Sharkhuu in the 68kg category but the Delhi athlete was lucky as she did not even have to come through a repechage to be in contention for bronze.
The draw was such that she was pitted against Chinese Taipei's Chen Wenling without playing a repechage round and won the bout in just one minute 29 seconds by technical superiority.
Divya had won a bronze at the 2018 Gold Coast CWG and silver at the recently-held Asian Junior Championship in New Delhi.
"This is my first Asian Games and first medal. I am glad I could I do it. The coach (Kuldeep Malik) had more confidence in me than myself," Divya said.
"In Delhi, I was desperate to get gold, so committed mistakes. Here I knew that gold and silver has gone out of reach, so fought hard for whatever was available. I just went for it," she said.
India's national women freestyle coach Kuldeep Malik said, "She is young and it was her first tournament of this level. She will get better."
Divya's medal came after three other wrestlers could not reach the medal round.
Kiran was ousted from 76kg. With this the Indian women's campaign ended with two medals. Vinesh Phogat had won a gold in the 50kg yesterday.
The Greco Roman competition started today but India did not have anything to cheer about.
Gyanender lost in the 60kg while Manish was ousted from 67kg competition.
India's best bet in Greco Roman is Harpreet Singh.