I'm not out there to prove anything, asserts Sushil 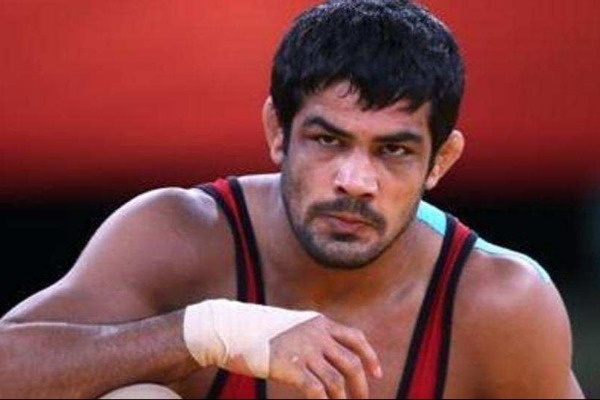 Celebrated Indian wrestler Sushil Kumar, whose defeat in a tune-up event raised doubts about his form ahead of the Asian Games, today asserted that he is "far from finished" and is not out there to prove anything.

India's only double Olympic medallist lost his first bout in four years, at the Tbilisi Grannd Prix in Georgia last month.
Asked about the defeat and he dismissed it nonchalantly.
"So what. There will be defeats and victories in sportsman's life. Real athlete is the one who stands up after defeat, prepares harder and come back. Real athlete is one who takes the mat after winning also. I am trying to do the same," Sushil told PTI in an exclusive chat after a training session.
"I have prepared well for the Asian Games but I am not out there to prove anything. Proving yourself is not sportsmanship," Sushil, who will compete in the 74kg category in Jakarta, said.
Unnamed Wrestling Federation of India (WFI) officials recently told the media that they were concerned about Sushil's form and promised not to exempt anyone from trials in future. They had even put two wrestlers on standby if Sushil was to opt out at the last minute.
"These things happen," he said, preferring not to react harshly.
But he added: "People love me and wish well for me. People react sometimes. Why I have done well in my life is because I am a positive person. My coach and fellow teammates, they are all good and fill me with positive thoughts."
Sushil revealed that he has never been to a movie theatre and that's the way he has trained all his life.
"I am still following that. I don't go to cinema halls. It's 'tapasya' which I have been doing for years. I have not let my focus waver. I have to do what I have to do. I don't have time also," he said, adding that he watches movies on TV when he finds time.
Talking about his disciplined life, Sushil said that he practices celibacy for at least three months before big competitions such as the Asian Games.
"That's how I have trained all these years. I fix a period for myself and then follow it."
The Indian wrestlers, of late, have expressed a desire to train with foreign coaches and Sushil himself went to Gerogia for training.
Asked if they don't find Indian coaches good enough, Sushil dismissed the charge.
"No. My base was prepared in India under my Guru ji (Mahabali Satpal). I am still following him. I went there (Georgia) for exposure, to learn tactics. The moves are same everywhere, but execution style is different. We learn different things when we train with different people.
"Computer helps a lot these days in making strategies. And we have to keep pace with the times. But that does not mean our coaches are not good. I have prepared well. I have learnt tactical thongs in Georgia," he said.
Sushil said he is focussed on the Asian Games right now but also has the World Championship and a third Olympic medal in mind.
"Yes, I have to do that. Just need blessings of my people back in India. After Asian Games and recovery, I will start preparations in that direction," he signed off.