Ajit Wadekar: A captain on the field, perfect gentleman off it 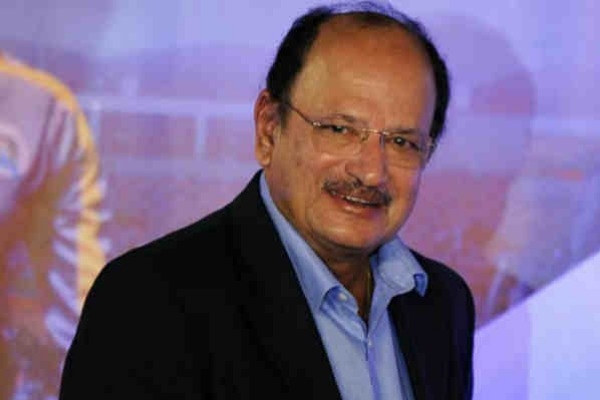 Ajit Wadekar did not possess the princely demeanour of Mansur Ali Khan Pataudi but with his middle-class grit coupled with pragmatic thinking, he scripted one of the most glorious chapters in Indian cricket history.

An astute thinker of the game, Wadekar blended the copybook 'Bombay School of Batsmanship' with his carefree approach that included muscular pulls and audacious hook shots.
His biggest achievement certainly was leading the country to twin series victories in England and the West Indies in 1971 but he was much more than just that.
The man who breathed his last in Mumbai played just 37 Tests and had only one hundred against his name. But numbers do not exactly tell the story of a cricketer, who possibly made Indian cricket captaincy a coveted job.
Wadekar epitomised the 'khadoos' nature of Mumbai cricketers but he could also enthral the cricket lovers with his audacious pull shots and the slog sweeps.
When the late Vijay Merchant (erstwhile chairman of selector) handed over the captaincy to Wadekar, little did anyone expect that an Indian team would be able to compete and win in alien conditions like England and the West Indies.
He was lucky that Sunil Gavaskar's arrival coincided with his ascendancy to the hot seat, but he should get the credit for throwing a 21-year-old to the deep end of the pool.
Add to it, his decision to form a four-pronged spin quartet with Bishan Singh Bedi, Bhagwat Chandrasekhar, Erapalli Prasanna and Srininvas Venkatraghavan. That attack formed the backbone of the Indian team with Eknath Solkar at forward short leg, snapping up some unbelievable half chances.
It was an era when India used an Abid Ali, Eknath Solkar or even a Sunil Gavaskar to take the shine off the new ball with their millitary medium pace.
If Gavaskar was the hero in the West Indies, Wadekar unleashed Chandrasekhar on the Englishmen at a time which could be aptly called 'That 70s show'.
Wadekar was a product of times when education was paramount and University cricket produced stalwarts.
He was a late starter as he aspired to become an engineer before cricket consumed him.
However, Mumbai's old timers recall that he was a very good student from his days at the famous Elphinstone College, where he got a princely Rs 3 as tiffin allowance for being the 12th man in a college match.
but the college principal had cautioned him against pursuing the game, remiding Wadekar that he was a science student.
But then destiny had other ideas.
He would be remembered as the finest product of University cricket, something that has become obsolete, thanks to BCCI's step-motherly treatment to Rohinton Baria and the Vizzy Trophy.
His record triple hundred in Vizzy Trophy (for West Zone Universities) was incidentally bettered by Gavaskar.
He was perhaps the most elegant left-handed Indian batsman to have graced the field before Sourav Ganguly arrived on the scene.

There is an interesting anecdote about Wadekar's Test debut against the West Indies at the Brabourne Stadium in 1966-67.
A few days before the match, rival captain Sir Garfield Sobers saw a young man bat at the nets wearing tattered boots.
Sobers asked him: "Why are you wearing torn shoes?" and pat came the reply from Wadekar: "These are my lucky shoes."
The next day Wadekar found Sobers buying a brand new pair of batting boots for him. Sobers told him to wear those during the Test match.
However, Wadekar didn't believe much in the luck factor. During a Ranji Trophy match in 1970, he broke his bat after scoring a century and substitute fielder Sunil Gavaskar rushed with replacement bats, including his own.
Wadekar hit four boundaries and then got out. Once he came to the dressing room, he asked, whose bat it was and Gavaskar told him that it was his.
"It brought you bad luck," Gavaskar said and Wadekar replied: "But those four boundaries were the best shots in the innings".
Wadekar's rise as a captain was as sharp as his fall but those were the times when BCCI mandarins believed in knee-jerk reactions and one bad tour ended his playing career at 33.
Wadekar lost his captaincy after a disastrous England tour of 1974, when India lost 0-3 in Test matches. And to humiliate him further, the selectors dropped him from the West Zone and Mumbai teams.
Such was the irony that a giant bat erected in Indore commemorating the '71 win was defaced and his house in Mumbai was stoned.
Wadekar retired from cricket and concentrated on his banking career.
He reached the top position in State Bank of India and in 1992, was summoned to take over as manager of an under-performing Indian team and a low-on-confidence skipper Mohammed Azharuddin.
In the next four years, India was unbeatable at home with Wadekar unleashing three young spinners -- Anil Kumble, Rajesh Chauhan and Venkatpathy Raju -- on the visiting teams.
It was an instant success formula that teams follow even now,
He had a brilliant sense of humour but knew when to crack the whip too.
A former India captain was seen endorsing a shoe brand during a practice session of the Indian team. Wadekar saw it and did not say a word in public but didn't forget to tell the cricketer how he felt about it.
He got Sachin Tendulkar to open the innings in ODIs and the rest is history. He was the first coach-cum-manager, who understood the need for man-management, trying to understand the psyche of each and every player separately.
His father's name was LB Wadekar and he would often jokingly say, "Mere toh naam mein hi LBW hain'.
With his demise, Indian cricket has lost one of its finest cricket brains, a statesman and raconteur.