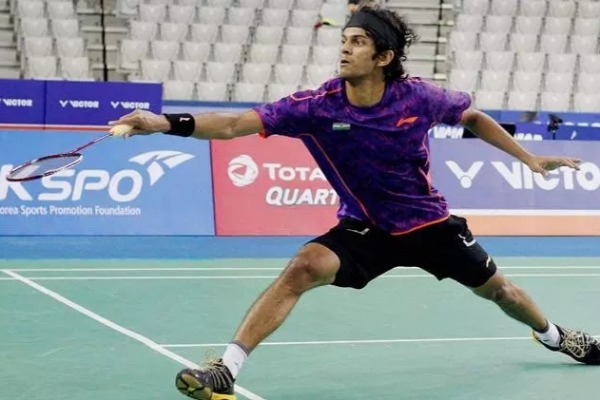 Jayaram, who touched a career-high rank of 13, toppled top seeded Brazilian Ygor Coelho 22-20 21-14 in 34 minutes and will next face Canada's Xiaodong Sheng.

The 30-year-old had reached the finals at the White Nights last month and ended a runner-up at the Korea Open Super Series in 2015.

Young Manjunath, who had reached the semifinals at the Russian Open last month, staved off a stiff challenge from Thailand's Adulrach Namkul 18-21 21-13 21-19 in a 56-minute clash.

He will face China's Zhou Zeqi next.

However, it was curtains for Kartik Jindal after he lost 10-21 22-24 to Canada's Xiaodong Sheng.

Up against Coelho, who had defeated HS Prannoy in the World Championship last week, Jayaram opened up a 6-1 lead before managing a 11-8 advantage at the interval.

After the breather, Coelho turned the tables, leading 12-11 but Jayaram again grabbed the advantage to lead 16-13. The Brazilian caught up at 20-20 before the Indian reeled off the required two points to pocket the first game.

In the second game, Jayaram came out firing on all cylinders, leading 5-1. He soon jumped to a 13-5 lead and even though Coelho reduced the deficit to 13-14, Jayaram held his fort to eventually shut the door on his rival.