BJP has nothing to do with 'rebellion' in Goa Congress: CM Pramod Sawant 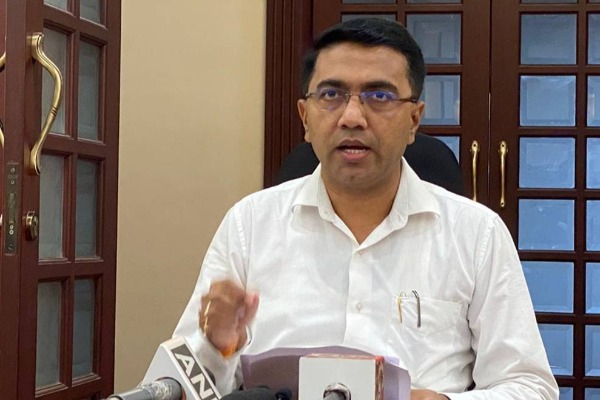 Goa Chief Minister Pramod Sawant on Tuesday said the BJP has nothing to do with the "rebellion" in the state Congress Legislature Party.

On Sunday, five of the total 11 Congress MLAs in Goa went incommunicado, fuelling speculations about a split in the party.
But, they attended the monsoon session of the state Assembly which began on Monday and claimed there was "nothing wrong" in the opposition party.
Ten of the Congress MLAs also attended a meeting chaired by senior party leader Mukul Wasnik in Panaji on Monday night.
Some reporters outside the Assembly complex on Tuesday asked CM and senior BJP leader Sawant about developments in the state Congress.
?Let me reiterate that the BJP has nothing to do with the rebellion in the Congress Legislature Party,? Sawant said before walking away without answering any further questions.
After the five Congress MLAs -- Michael Lobo, Digambar Kamat, Kedar Naik, Rajesh Faldesai and Delialah Lobo -- went incommunicado on Sunday, Congress president Sonia Gandhi had asked Wasnik to rush to Goa.
The Congress had accused Lobo and former chief minister Kamat of "conspiring and hobnobbing" with the ruling BJP to engineer a split in the grand old party's legislative wing.
The party also removed Lobo from the post of leader of opposition in the 40-member state Assembly.