Appeal to Modi govt that anti-agriculture laws be taken back immediately: Rahul 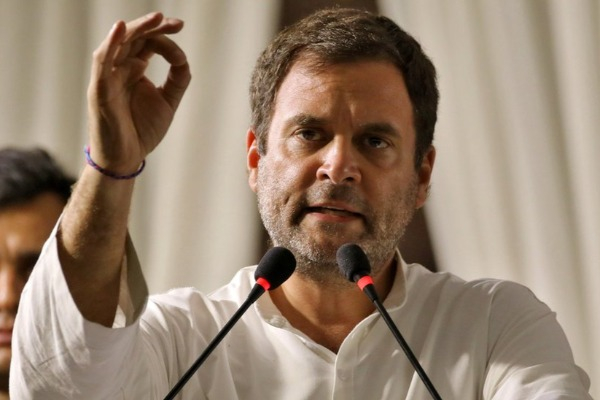 A day after violence during the farmers' tractor rally in the national capital, Congress leader Rahul Gandhi appealed to the Narendra Modi government on Wednesday to repeal, what he claimed were, "anti-agriculture" laws.

Taking to Twitter, he also shared a quote by Mahatma Gandhi -- "In a gentle way, you can shake the world."
"Once again, I appeal to the Modi government that the anti-agriculture laws be taken back immediately," Rahul Gandhi said in a tweet in Hindi.
His appeal to the government came a day after tens of thousands of farmers broke barriers to storm the national capital as their tractor parade to highlight their demand of repealing the laws dissolved into unprecedented scenes of anarchy.
Deviating from the designated route for the tractor parade, protesting farmers also hoisted flags from some domes as well as the flagpole at the Red Fort, the centrepiece of India's Independence Day celebrations, to hoist the Nisan Sahib, the Sikh religious flag.
As protesting farmers clashed with police at several places in Delhi, Gandhi said on Tuesday that violence is not the solution to any problem and sought repeal of the three farm laws in "national interest".