Ajay Devgn begins shoot for his next 'Thank God' 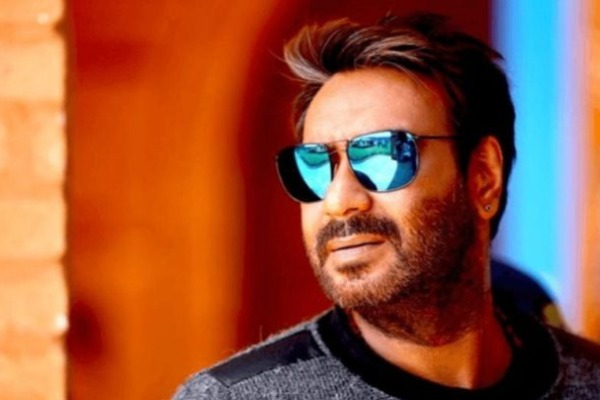 Bollywood star Ajay Devgn on Thursday said that shooting has started for his next film titled "Thank God".

The slice-of-life comedy is being directed by Indra Kumar, known for for comedy film series like "Masti" and "Dhamaal".
The film will also feature actors Sidharth Malhotra and Rakul Preet Singh.
Devgn, 51, shared the news of filming start in a post on Twitter.
"Lights. Camera. Action. The shoot for #ThankGod begins today in Mumbai!," he wrote alongside a picture with Malhotra, Kumar and the producers.
A T-Series Films and Maruti International production, "Thank God" is produced by Bhushan Kumar, Krishan Kumar, Ashok Thakeria, Sunir Kheterpal, Deepak Mukut, Anand Pandit and Markand Adhikari and co-produced by Yash Shah.
Malhotra and Singh have previously starred together in 2018's "Aiyaary" and "Marjaavaan" (2019).
This will also be Singh and Devgn's third collaboration. They have worked on the 2019 film "De De Pyaar De" and are reuniting for Mayday , which Devgn is directing as well.
Devgn's upcoming releases include period sports feature "Maidaan" and war drama "Bhuj: The Pride of India". He will also make an appearance in SS Rajamouli's Telugu movie "RRR", co-starring NT Rama Rao Jr, Ram Charan and Alia Bhatt.