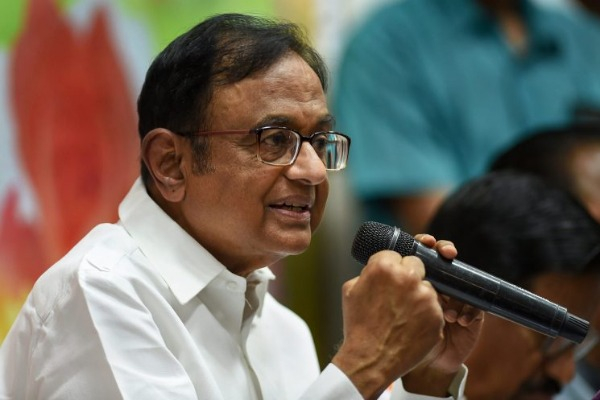 Congress leader P Chidambaram, facing threat of arrest in the INX media scam, failed to get an audience from Chief Justice Ranjan Gogoi on Tuesday for urgent hearing of his appeal in the Supreme Court against the Delhi high Court order dismissing his anticipatory bail plea.

A team of lawyers led by senior advocate and Chidambaram's party colleague Kapil Sibal was told by Registrar (Judicial) to mention the petition on Wednesday morning in the apex court.
Sibal was the first senior advocate to reach the apex court to meet Chidambaram and the two were seen rushing from one corridor to another to meet officials including the secretary general and CJI's staff for having word with Justice Gogoi.
Later, they went to a consultation room and were joined by other senior advocates and party colleagues, Abhishek Manu Singhvi and Salman Khurshid.
Senior advocate Dayan Krishnan, who had appeared for Chidambaram in the High Court on Tuesday, also joined them later.
One of the lawyers from the team said the petition challenging the High Court order was yet to be filed in the top court.
After hectic parleys, Sibal said he has been informed by an apex court official to mention the petition on Wednesday at 10:30 am before an appropriate bench.
He said that as Chief Justice Ranjan Gogoi will be sitting in the Constitution bench for hearing the Ayodhya case, the petition is to be mentioned before the senior-most judge, who is not on the Constitution bench.
Sibal said that in all probability, the senior-most judge would be Justice N V Ramana, who is number three in seniority after CJI and Justice S A Bobde.
Both CJI and Justice Bobde are part of the five-judge Constitution bench hearing the Ayodhya case.
Sibal said the team is yet to get the copy of the Delhi High Court judgement.
Minutes after the High Court decision when Sibal tried to get the matter before the CJI, he was asked by a Supreme Court official to place Chidambaram's petition before Registrar (judicial) who will take call on putting it before the Chief Justice of India.
Sibal met Registrar (judicial) Surya Pratap Singh and explained to him the situation and explored as to what could be done.