Ready to review decision against India if New Delhi agrees to reconsider its actions on Kashmir: Pak 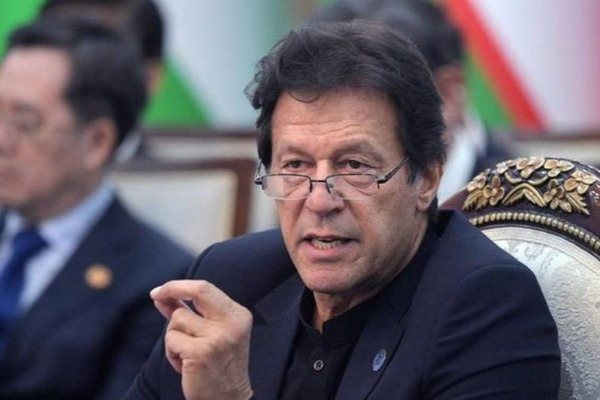 Pakistan is ready to review its decision against India if New Delhi agreed to reconsider its actions on Kashmir, Foreign Minister Shah Mehmood Qureshi said on Thursday.

Qureshi's remarks came a day after Pakistan expelled the Indian High Commissioner as part of its decision to downgrade the diplomatic ties with India over what it called New Delhi's "unilateral and illegal" move to revoke the special status of Jammu and Kashmir. Pakistan also announced that it will review all "bilateral arrangements" with India.
India has said Jammu and Kashmir was an integral part of India and the issue was strictly internal to the country.
"Are they ready to review their decisions? If they do, we can also review our decisions. Review will be on both sides. That is what Simla (agreement) says," Qureshi said.
The foreign minister also replied in affirmative when asked about reducing the strength of diplomatic staff and restricting their movement. However, he did not elaborate on the issue as to how they will do it.
He also said Pakistan will legally examine the Simla agreement.
The Simla agreement signed by then Prime Minister Indira Gandhi and then Pakistan President Zulfikar Ali Bhutto in July 1972 was a comprehensive blue print for good neighbourly relations between India and Pakistan.
The bilateral agreements with India would be reviewed by the special committee set up by the Prime Minister, he said. However, he did not specify which of the agreements would be reviewed.
Earlier, the Pakistan Railways Minister announced that the Samjhauta Express train service with India has been suspended.
"We have taken the decision to suspend Samjhuta train service," Qureshi said.
Rejecting India's assertion that Kashmir was its internal matter, Qureshi referred to India's first Prime Minister Jawaharlal Nehru and said, "Nehru announced on 14 occasions" that "future of Kashmir will by the goodwill and pleasure of Kashmiri people."
Qureshi said that Pakistan would take the issue of Kashmir to the UN Security Council. He said that he would go to China soon to consult on the recent developments in the region.
He also said that news reports about closure of Pakistani airspace was not true. "Pakistan has not closed airspace It is fake news," he said.
The Kartarpur initiative would continue despite rising tensions, he added.
"Our commitment on Kartarpur stands. We respect all religions and will not create hurdles in people-to-people to contacts," he said.
Qureshi also clarified that Afghan trade will not be damaged due to Pakistan's action against India.
"Afghan trade will not be impacted by Pakistan decision to suspend trade with India. Our commitment with Afghanistan stands," he said.
He rejected India's assertion that the latest measures were taken for the socio-economic development of the region. "It meant that for the last 70 years no development has been done in Kashmir," he asked.
Qureshi said Pakistan never shied away from talks with India. "Pakistan welcomes any effort by the international community to arrange talks between Pakistan and India," he said.
He said that he talked to EU high representative Federica Mogherini and informed her about the implications of the Indian decision to revoke special status of Kashmir.
He rejected the media reports that Pakistan was complicit with the US in the recent developments in Kashmir and said US has already declared that India did not inform it about its Kashmir move.
Qureshi said Pakistan was vigilant and would take safeguards needed for security.