Govt's decision on Article 370 as a "betrayal of trust": Omar Abdullah 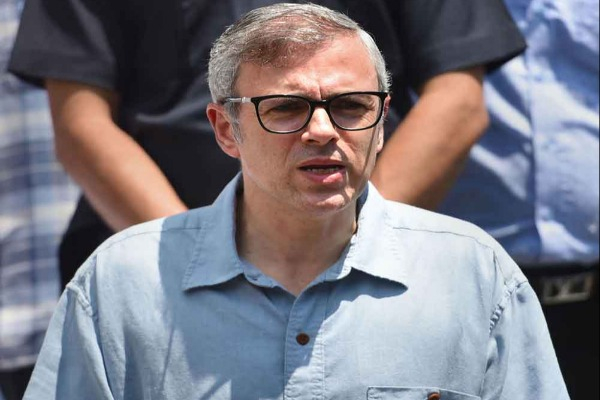 Terming the government's move on Article 370 "unilateral and shocking", former chief minister and National Conference leader Omar Abdullah said it was a total "betrayal of trust" of the people of Jammu and Kashmir.

Home Minister Amit Shah on Monday moved a resolution in both the Houses of Parliament that Article 370 will not be applicable to the state.
"Government of India (GOI)'s unilateral and shocking decisions today are a total betrayal of the trust that the people of Jammu & Kashmir had reposed in India when the state acceded to it in 1947. The decisions will have far-reaching and dangerous consequences. This is an aggression against people of the State as had been warned by an all-parties meeting in Srinagar yesterday.
"GOI has resorted to deceit and stealth in recent weeks to lay the ground for these disastrous decisions. Our darkest apprehensions have unfortunately come true after the GOI and its representatives in J&K lied to us that nothing major was planned," he said.
He said that the announcement was made after the entire state, particularly the Valley, was turned into a garrison.
"Those of us who gave democratic voice to the people of Jammu & Kashmir, are incarcerated as lakhs of armed security personnel have been put on the ground.
"The scrapping of Articles 370 and 35A raise fundamental questions on the state's accession because that was done on the very terms enunciated in these articles. The decisions are unilateral, illegal and unconstitutional and will be challenged as such by the National Conference . A long and tough battle lies ahead. We are ready for that," he said.